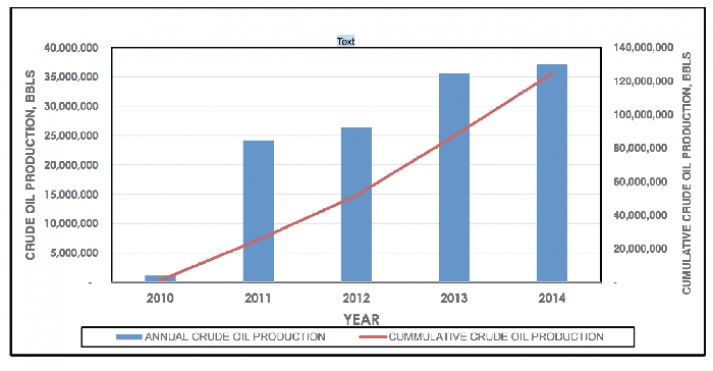 The Public Interest and Accountability Committee (PIAC) has called for a national dialogue on how best allocations to the Annual Budget Funding Amount (ABFA) could be used on targeted areas to ensure proper socio- economic development.

The dialogue, according to PIAC, had become necessary to enable them chart a path for the effective utilisation of the oil resources.

The call was contained in the PIAC’s 2014 annual report released last week.

It argued that despite the clearly outlined allocations, funds that are sometimes earmarked for some of the priority areas are diverted.

Under the Petroleum Revenue Management Act, 2011 (Act 815), the ABFA, which is allocated from the country’s petroleum revenues, is expected to focus on four priority areas; expenditure and amortisation of loans, roads and other infrastructure, agriculture modernisation and capacity building.

In its 2014 annual report, PIAC was of the view that the proposed dialogue should preferably take place before the next budget and its outcomes used to inform the ABFA allocation in the 2016 Budget.

“There is an urgent need for the ABFA to be better-targeted and well-focused so as to help maximise its effectiveness and impact on the socio-economic development of Ghana,” it said.

For instance, between 2011 and 2013, about GH¢23 million (17 per cent) of ABFA earmarked for capacity building went into consumables such as goods and services for the Ministries of Food and Agriculture, Lands and Natural Resources and the purchase of relief items for the National Disaster Management Organisation (NADMO).

The report further revealed that an expenditure of GH¢3.87 million related to the Western Corridor Gas Infrastructure Development Project (WCGIDP) was charged to the ‘road and other Infrastructure’ priority areas rather than the ‘expenditure and amortisation of loans’ category even though a significant proportion of the allocations to the latter was unutilised during the period under review.

This has, therefore, prompted PIAC, which is the body mandated under Section 51 of the PRMA to supervise the management of the country’s petroleum revenues, to call for the dialogue aimed at charting a path for the effective utilisation of the revenues.

ABFA allocations  in 2014
Unlike previous years when the allocation to the ABFA was distributed to all the four priority areas, in 2014, only three areas benefited from the fund.

A total of US$409.07 million (51.31 per cent) of the net revenue to the government went to the Annual Budget Funding Amount (ABFA) while GH¢163.08 million, representing 29.68 per cent, went into expenditure and amortisation of loans, with roads and other infrastructure getting GH¢215.69 million (39.26 per cent).

According to the report, “no allocation was made to the ‘capacity building’ priority area in 2014 because planned expenditure was contingent upon the China Development Bank (CDB) -related Small and Medium Enterprise (SME) Projects Incubation Facility which did not take off.”

Actual petroleum receipts for 2014 totalled US$978 million, exceeding projected revenues of US$777 million by 27 per cent which is equivalent to an increase of US$200 million. This was the result of slightly higher actual volumes and average prices of oil from the Jubilee field.