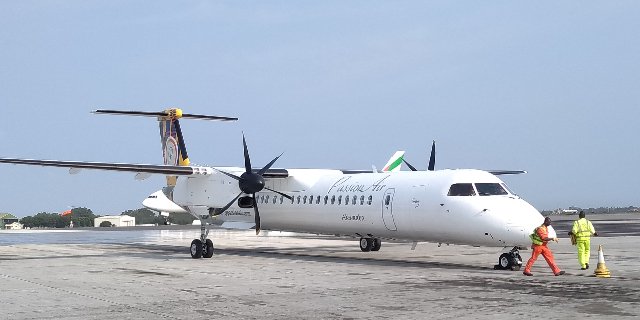 Passion Air has announced it is suspending flight operations to Takoradi until further notice.

According to sources, this development has come about due to low passenger numbers on the route.

However, sources say the airline will resume scheduled flights to Takoradi after the restructuring.

In December, the company made an inaugural flight to Takoradi as it readies to commence scheduled flights to the region.

The new route was expected to bring to three the total destinations frequented by the airline since it commenced operations in August 2018.