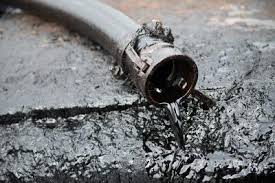 Oil posted its biggest ever intraday jump to more than $71 a barrel after a strike on a Saudi Arabian oil facility removed about 5% of global supplies, an attack the U.S. has blamed on Iran.

In an extraordinary start to trading on Monday, London’s Brent futures leapt almost $12 in the seconds after the open, the most in dollar terms since they were launched in 1988. Prices have since pulled back about half of that initial surge of almost 20%, but were still heading for the biggest advance in almost three years.

For oil markets, it’s the single worst sudden disruption ever, and while Saudi Arabia may be able to return some supply within days, the attacks highlight the vulnerability of the world’s most important exporter. They also add further political risk to prices, raising the specter of more destabilization in the Middle East and the threat of U.S. retaliation against Iran.

“We have never seen a supply disruption and price response like this in the oil market,” said Saul Kavonic, an energy analyst at Credit Suisse Group AG. “Political risk premiums are now back on the oil market agenda.”

The dramatic move in oil reverberated around financial markets. Haven assets including gold and Treasury futures surged on concern over the geopolitical fallout from the attacks. Currencies of commodity-linked nations including the Norwegian krone and the Canadian dollar also advanced. U.S. gasoline futures jumped almost 13% before paring their increase to around 8%.

The disruption surpasses the loss of Kuwaiti and Iraqi petroleum output in August 1990, when Saddam Hussein invaded his neighbor. It also exceeds the loss of Iranian oil production in 1979 during the Islamic Revolution, according to the International Energy Agency.

“The vulnerability of Saudi infrastructure to attacks, historically seen as a stable source of crude to the market, is a new paradigm the market will need to deal with,” said Virendra Chauhan, a Singapore-based analyst at industry consultant Energy Aspects Ltd. “At present, it is not known how long crude will be offline for.”

On the New York Mercantile Exchange, West Texas Intermediate futures were frozen for about two minutes after the scale of the move delayed the market open. They were 8% higher at $59.31 a barrel as of 8:04 a.m. in London.