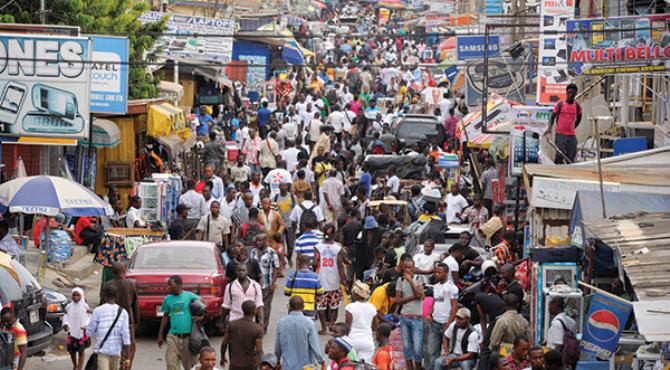 Ever since Ghana began liberalizing its economy with a view to becoming a key component of the global economy, the country has had the ambition of becoming West Africa’s business hub. Indeed, the country has been describing itself as the gateway to West Africa since the 1990s. This is necessary – although the second largest economy in the sub region, population of less than 30 million, living within a lower middle income economy makes for a relatively small market. But the sub regional market – comprising 300 million people under the umbrella of the Economic Community of West African States and including Nigeria, the largest single economy in Africa as a whole – is large enough to attract global attention.

As Ghana boasts of several advantages in the West African sub region as one of the preferred destinations for investor confidence and doing business, there are several clues to take from Dubai with regards to becoming a regional hub, which the latter has become for the whole of the Middle East Region.

Founded as a fishing and pearl-diving village in the eighteenth century, Dubai has emerged as a thriving business and financial metropolis, known for its luxury shopping and awe-inspiring, ultra-modern architecture.

Located on the fringe of the Arabian Desert, Dubai is both a city and an emirate in the United Arab Emirates (UAE) on the southeast coast of the Persian Gulf. Sitting at the crossroads of Asia, Africa and Europe, the city boasts many world firsts. It has the world’s busiest airport, the largest man-made harbor (Port of Jebel Ali) and the tallest skyscraper — the Burj Khalifa.

Dubai is the most populous city in the Gulf region with strong employment figures and a rising per capita income. As oil makes up only six percent of its revenue, Dubai has fared relatively better than its neighbours as oil prices have declined in recent times. The city’s economic strength is attributed in part to the government’s decision to diversify its trade economy. From the late 1960s, the city used oil revenue to create infrastructure and the population expanded rapidly as foreigners flooded in to work on construction projects. Today, tourism, financial services, construction and real estate are the biggest contributors to the economy.

The government has created industry-specific free zones throughout the city. The Jebel Ali Free Zone hosts 7,100 companies. The Dubai International Finance Center is the largest financial services center between Singapore and Europe and the Silicon Oasis hosts some of the world’s major IT companies.

Dubai has attracted 257 Foreign Direct Investment (FDI) projects in the first half of 2019 alone. 61 percent of total projects are greenfield, followed by 27 percent being new forms of investments (NFIs), six percent reinvestments, five percent mergers and acquisitions (M&As), and one percent for new joint ventures, with Strategic FDI projects accounting for 62 percent of total FDI capital flows in the first half of 2019,

Dubai attracted a record FDI of AED 46.6 billion (US$12.7 billion) in the first half of 2019, thanks to its friendly investment regime which Ghana has the potential to duplicate.

The city is gradually becoming a place not only for trade and business, but also a hub for sharing ideas, experiences and inspiration in an environment that provides unique opportunities for startups.

This can be of a great inspiration to Ghana so it therefore imperative for the country to consider adopting some of the strategies which have worked perfectly for Dubai, and emulating such examples which have helped transform the economy of the Emirates as a whole.

Ghana is emerging as a key market for the UAE, particularly with the presence of the Dubai Chamber and the Embassy of the UAE in Accra.

As at last year, trade volumes between the two countries were valued at US$4 billion. About 30 companies from the UAE, according to the Ghana Investment Promotion Centre, are registered and are doing business in Ghana, while the headquarters of the Dubai Chamber of Commerce and Industry in Dubai, has indicated that about 1,641 of its members have their certificate of origin targeting Ghana as a business destination.

The UAE continues to identify cocoa, cashew nuts, and gold as high potential imports from Ghana while potential exports from the UAE to Ghana are tea, mineral fuels and textiles among others.

The need for investment into key sectors like the Dubai model

Ghana already has a tradition of attracting investments into agriculture and agro-processing. However, investment into other key sectors including financial services, infrastructure, transportation, Information Communication Technology (ICT) and tourism, are growing at a slower pace than expected.

Unlike Ghana, Dubai has emerged as a global hub for financial services, logistics, hospitality and trade and investment is steadily growing in other sectors including healthcare, technology and clean energy, nourishing a strong and diverse knowledge base and community of trained professionals that make it the ideal location for association conferences, corporate meetings and business events.

The country has allocated funds for startups particularly in technology and innovation for entrepreneurs of various nationalities who want to set up and do business in the UAE by providing solutions to basic problems. This has contributed tremendously to the inflow of tech startups into that region.

While Ghana boasts of diverse tourism potentials with a microcosm of everything touristic from wildlife, mountains, waterfalls, historical forts and castles, kente among others, the challenge of branding and packaging to attract tourists for revenue generation has somewhat been lagging behind. Dubai on the other hand, has taken advantage of its fewer tourism offerings – having at least three  tourist attractions of global appeal – to attract the numbers for touristic activities. The Burj Khalifa and the Dubai Creek cruise ride as well as the conserved Arabian Desert are top tourist attractions but the lure for tourists is still based mainly on shopping and other ancient and modern attraction. In 2018, Dubai recorded 15.92 million international visitors both for business and tourism while 8.36 million international tourists visited Dubai from January to June 2019. What Dubai has done so well with its tourism offerings is how it has packaged and branded all these to attract people from around the globe as a top destination. Ghana can certainly learn from this to rake in the required revenue for tourism development looking at the fact that the country is far more endowed with attractions, both natural and man-made.

With regards to housing infrastructure in Ghana, estimates suggest a backlog of two million units across the country requiring an annual delivery rate of 200,000 units to meet existing demand over the next 10 years. Other investment opportunities include the railways, lake transportation system, air transportation system and upgrading of existing trunk roads.

In all these, government seeks to partner private companies to undertake most these developments and investments into key sectors of the economy.

On its own part, the Dubai government sees infrastructure as an integral component of the city’s development. In 2019, Dubai is spending US$2.5 billion on further infrastructure development despite the progress already made.

Dubai is home to Emirates Airline. The city is generally recognized as a hub for both air and sea travel. Dubai International consistently tops the list of the best airports in the world for flight connections (serving 140 airlines and 270 destinations), passengers and facilities.

With plans in the offing to reintroduce a national airline for Ghana, there are lots of examples to adopt from the UAE in terms of models and best practices which have made the Emirates Airline a global iconic brand.

Dubai, in its bid to attract investors from all around the globe into key sectors, has put in place proactive tax laws which Ghana can take a cue from.

The Emirati country has a zero percent tax rate on profits for investors, zero percent personal income tax, allows 100 percent foreign ownership, no restrictions on the number of foreign employees, no restrictions on capital repatriation, and provides  an independent, credible judicial system for business arbitration using the rule of law, among other benefits.

However, corporate tax rate – which is 25 percent in Ghana – is paid by companies on their profits with self-employed persons required to pay income tax at graduated rates in four equal installments. Ghana can take cues from Dubai to critically look at its corporate tax rate and other taxes to enable investors to throng here.

Though it would be a fiscal disaster for Ghana to imitate Dubai’s tax models – because of course tax revenue is direly needed to embark on development projects – key investments in certain sectors including ICT, innovation and agriculture and agro processing can at least be considered, with regard to regionally competitive lower rates of taxation.

Dubai’s economy has vastly diversified and is no longer dependent on oil, unlike Ghana that may be looking into a future with an inordinately oil driven economy. The Emirati government instead, has been expanding into the trade, services and the financial sectors, with tourism contributing about 7 percent of employment to that economy.

The SME sector in Ghana can also take a great cue from Dubai being that the Emirati government has improved commercial transparency and introduced dynamic regulations, encouraging the formation of small and medium enterprises (SMEs).

With the UAE having an open economy and boasting of high per capita income and a sizable annual trade surplus, economic diversification has significantly reduced the portion of GDP in Dubai derived from oil and gas output to less than 5 percent. That is the direction that Ghana mus-should be considering in order to create a conducive environment for SMEs and large corporations alike in its bid to diversify its economy, which is still heavily reliant on imports into a more productive one.

Dubai is undertaking an ambitious initiative of adding value to virtually everything consumable or relished, to generate revenue apart from its traditional oil exporting economy. Value addition spans from branding the Ancient Arabian Desert, the creek for water transport and entertainment tourism, through over hundred 5-star hotel brands, to date fruits and to capitalizing on chocolate production from cocoa and value addition to imported coffee.

It has become almost a tradition for every corporate entity in Dubai to welcome guests with warm cocoa drinks, chocolate or coffee, which are all imported into that country. The government of Ghana is thus proved right, in its recent advocacy for value addition to the country’s raw materials particularly in the agriculture sector as the best way to derive maximum returns.