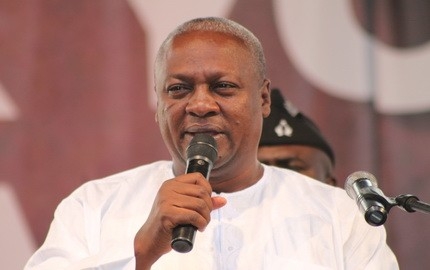 President John Mahama says offering a conducive and enabling environment for Members of Parliament to work effectively in the country’s interest was the motivation behind the refurbishment of the new State House Tower Block also known Job 600.

“The refurbishment of the State House tower block to serve as offices for the MPs is meant to empower the legislative arm of government to work effectively in our collective interest,” he said.

According the President, completion of the office complex will put to rest the difficulties that MPs encounter as well as their successors.

“I feel particularly honoured as a President to inaugurate this office tower block to serve as offices for members of Parliament.”

Speaking at the inauguration of the facility, President Mahama said the total transformation of Job 600 “from a decrepit abandoned white elephant into a modern glittering office complex should fill Ghanaians with a sense of accomplishment. Job 600 has risen from the ashes. It stands ready to serve a critical national need.”

President Mahama lauded the efforts and foresight of Ghana’s first President, Kwame Nkrumah, whose vision in investing in such infrastructure has continued to serve Ghana even half a century after he was overthrown.

Investments in infrastructure such as the State House tower block will ensure that the country has a strong institution on which it can build its democracy.

He commended the past heads of state including John Kufour, Jerry Rawlings, and the late John Atta Mills for conceptualising and contributing to the building complex.

The complex has thirteen floors with 253 offices. The original 1965 structure now has two new additional blocks. One of the new blocks will host a 300-seat auditorium while the other comprises a gym, restaurants, a fire station and banks.

Speaker of Parliament Edward Doe Adjaho described it as a memorable moment and resolved that they will make good use of it, and ensure a good maintenance culture in order for it to stand the test of time.

Majority Leader Alban Bagbin says: “It has come as a relief and joy for MPs to witness and occupy the facility”.

The Minority Leader Osei Kyei Mensah Bonsu says it was a profoundly momentous occasion, and said: “It provides a modern era as opposed to when MPs operated from their car boots as their offices.”

Minister for Water, Works and Housing Kwaku Agyeman Mensah encouraged members of Parliament to make an effort to preserve and maintain the edifice’s quality.

Members of Parliament since the fourth republic have been challenged in performing their functions reasonably and in a conducive environment.

The building was constructed five decades ago to serve as a venue for the Organisation of African Unity conference under Ghana’s first President, Dr. Kwame Nkrumah.