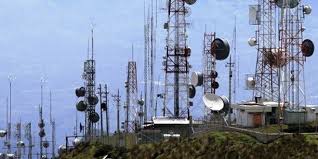 The Telecommunications/ICT Regulatory Authority of Côte d’Ivoire (ARTCI) has directed mobile operators to immediately stop transferring the additional cost of mobile money transactions onto the consumer.

In a statement, the regulator accused operators of disregarding the law– specifically Article 174 of Ordinance No. 2012-293 of 21 March 2012 on Telecommunications and Telecommunications Technologies which requires them to communicate the tariffs and T&Cs of the service offered, one month before making them public.

“The new rates on mobile money transfer services have not been subject to prior notification to the ARTCI. Therefore, ARTCI requires all mobile operators to immediately stop their application,” ARTCI stated.

Operators in Côte d’Ivoire have increased the rate charged for mobile money transfers to 7.2%, which they argue is in line with a government increase in mobile money tax.

However, officials have stated the tax is the “exclusive responsibility of mobile money companies and not the users”.

Under the auspices of the National Union of Telecommunications Companies (UNETEL), operators said: “These new taxes, a total amount of 7.2% on the amount of commissions paid, are payable from 1st January 2019 by the issuers of electronic money [commonly prescribed activities under the name Mobile money],” said UNETEL.

The country’s Director General of Taxes, Ouattara Sié Abou, criticised operators and said: “The passing of these taxes on consumers is illegal, constitutes a diversion of the letter and the spirit of the tax law, and is contrary to the fiscal policy of the State which is resolutely turned to social actions with increased support for households.”

According to the consumer organisation less than one-fifth of consumers in Cote d’Ivoire have access to bank accounts.

“The traditionally low cost of transactions using mobile money services had led to a dynamic industry, but the increase in government levies has made it more expensive for consumers to use an accessible service that has started to become our habits,” said Koffi.

In 2017, over 18 billion CFA francs (about US$26-million) was transacted daily via mobile money transfer services.

In Q3 of 2018 there was a near 10% increase in the number of mobile money users and a penetration rate of 49.45% of the total subscriber base of mobile telephony.