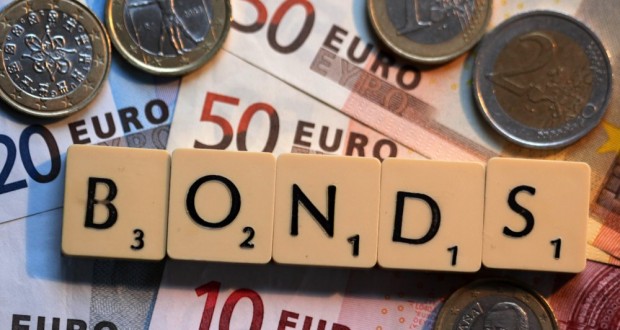 Ivory Coast plans to sell the equivalent of as much as $1.2 billion of bonds as the nation seeks to lock in borrowing costs before further U.S. Federal Reserve rate increases, according to three people familiar with the matter.

While the country hasn’t yet appointed deal advisers, it wants to hold a roadshow for the sale of 850 million euros ($1 billion) to 1 billion euros of debt before the end of March, said two of the people, who asked not to be identified because the information isn’t public.

Ivory Coast will sell dollar and euro securities, and is considering a third tranche denominated in the euro-pegged CFA franc that’s used in eight countries in West Africa, two of the people said.

Bruno Kone, a spokesman for the government, declined to comment when contacted Tuesday by phone in the commercial capital, Abidjan. 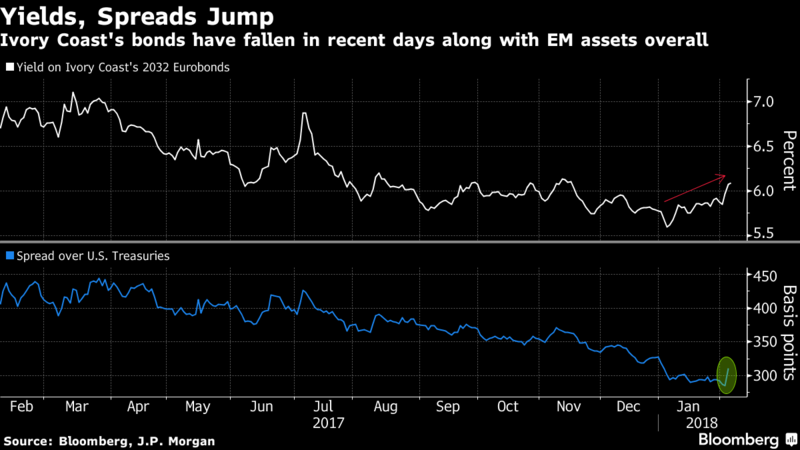 The nation will join other sub-Saharan African issuers such as Nigeria and Ghana that are rushing to sell debt at a time when the Fed remains on its policy-tightening path, pushing yields higher. Rates on Ivory Coast’s $1 billion of dollar bonds due March 2028 have climbed 53 basis points from a record low in January to 5.82 percent, driven up by the global sell-off of stocks and emerging-market assets that began Feb. 2.

Ivory Coast issued $1.25 billion of bonds due in June 2033 with a 6.25 percent rate and 625 million euros of eight-year notes yielding 5.125 percent in an auction that attracted almost $10 billion in bids in June.