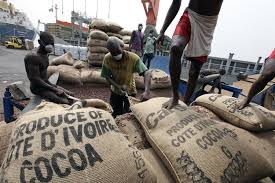 Cocoa exporters in Ivory Coast are demanding that the industry regulator returns the costs and credit guarantees offered for contracts that cannot be met due to a shortage of beans, according to four people familiar with the matter.

Shippers in the world’s biggest cocoa producer are struggling to find beans after arrivals at the country’s ports slowed more than usual since the beginning of the year. The Groupement des Negociants Ivoiriens, an exporters’ group, said last week its members were unable to establish the cause of the slowdown.

While some exporters want regulator Le Conseil du Cafe-Cacao to refund them and return guarantees for unmet contracts, others are offering to pay premiums for stock, said the people, who asked not to be identified because they’re not authorized to speak about the matter.

The CCC is refusing to pay back any monies and argues that it has until the end of March, when the bigger of the two annual harvests come to an end, to meet the contracts, said the people.

The regulator needs 100,000 tons to 135,000 tons to meet all outstanding contracts for the main harvest, said one of the people.

In January, government data showed that the regulator auctioned and sold 1.438 million tons for the main harvest. It sold another 80,000 tons on Jan. 19 to local shippers when the CCC anticipated a bigger-than-forecast crop, a person familiar said at the time. Deliveries for the season since the beginning of October to Feb. 25 were 1.365 million tons.

The regulator will meet with exporters on Thursday to discuss the matter, said the people.

Ivory Coast is likely to produce 2 million tons for the annual season through September, compared with 2.02 million tons in the year before, the International Cocoa Organization said on Wednesday.