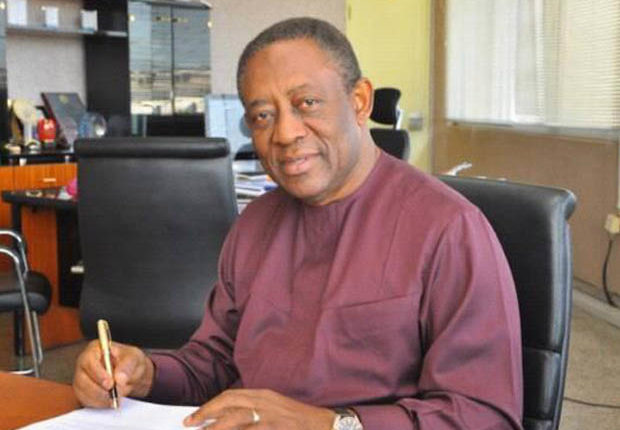 The Managing Director of the Tema Oil Refinery, Isaac Osei, has resigned.

According to him, Mr Osei made the surprise announcement at a staff end-of-year gathering.

“He asked us to be resilient and not to be downhearted by his exit. According to him politicians will come and go,” Mr Botchway told JoyNews editor, Fred Smith in a telephone interview.

Mr Osei, who is also a former Member of Parliament (MP) for Subin Constituency took over from Mr Kwame Awuah Darko as the new Managing Director (MD) of TOR in 2017 and he has been credited with improving the fortunes of the organisation.

That is not all.

The former Ghana Cocoa Board MD is also credited with the payment for a 120tph Steam Boiler which increases steam generation capacity for plant operations and ensure the reliability of the Refinery’s utility system.

Find a brief profile of Mr Osei as gleaned from the corporation’s website.

After completing Achimota School in 1970, he went further to obtain higher education at the University of Ghana, Legon where he graduated with B.Sc. (Hons) Degree in Economics. He further studied Mathematics and Statistics at the Economics Institute at the University of Colorado in Boulder, USA. Mr Osei, in addition, holds a master’s degree in Development Economics, now Centre for Policy Analysis at the prestigious Williams College in Massachusetts, USA.

He began his career at the Ministry of Finance and Economic Planning in Ghana where he worked at the Industry, Mining and Forestry Division prior to moving into the Macro- Economic Section of the Ministry.

Mr Osei was appointed Ambassador to the United Kingdom and Ireland (2001- 2006). Whiles in London, he was elected to the position of Chairperson at the Board of Governors of the Commonwealth Secretariat, UK.

As Chief Executive Officer of Ghana Cocoa Board (Cocobod) in 2006, Mr Osei led the Board to make investments in yield-enhancing schemes, cocoa disease and pests control as well as trade logistics infrastructure which saw Cocobod attaining an astounding production target of one million tonnes of cocoa within three years. He served as Vice-Chair of the Executive Committee of the International Cocoa Organization and was a member of the Consultative Board on the World Cocoa Economy.

He served as Chairman of Cocoa Marketing Company (UK) Ltd and was a member of the Board of Aluworks Ghana Ltd, Cocoa Processing Company Ltd and WAMCO.

He founded Ghanexim Economic Consultants Ltd and consulted for the World Bank, USAID and the Ghana Government on several projects in Ghana. Mr Osei was also the Managing Director for E.K Osei & Engineers & Contractors Company, as well as Intravenous Infusions Ltd, the largest manufacturer of intravenous infusions and small volume injectable in West Africa.

He served as a member of the Parliament’s House and the Poverty Reduction Committee and Ad-hoc Committees which prepared the Code of Conduct for Members of Parliament, just to mention but a few.