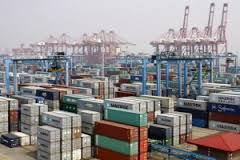 Homepage » Uncategorized » Import records 4.8% inflation in May, lowest since August 2019

Inflation of imported goods was 4.8%, while the inflation of local goods was 14.1% on average in May 2020, the Ghana Statistical Service (GSS), has announced on Wednesday, June 10.

According to the GSS, this is the highest rate of local inflation and the lowest rate of imported goods inflation since the rebasing in August 2019.

Meanwhile, the GSS said the overall year-on-year inflation ranged from 3.1% in the Upper East Region to 13.3% in Greater Accra, the Ghana Statistical Service (GSS), has announced on Wednesday, June 10.

The GSS said when comparing Food to Non-Food inflation, there are clear differences between regions.

The Upper East, Northern, Eastern, and Volta Regions experienced higher Non-Food than Food inflation, the opposite was true for the other six regions.

The overall month-on-month inflation was between -1.5% in the Volta Region and 3.9% in the Ashanti Region.

The Western Region recorded a month-on-month Food inflation rate of 6.9%, while the Volta Region saw a decrease of -3.3%.

The Food and Non-Alcoholic Beverages Division recorded a year-on-year inflation rate of 15.1%. This is 0.7 percentage point higher than April 2020 (14.4%) and 7.2 percentage points higher than the average over the eight months preceding March 2020 (7.9%).

The Division with the highest month-on-month inflation between April and March 2020 was Housing, Water, Electricity and Gas (4.3%).