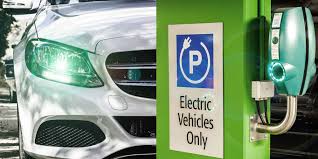 Homepage » Automobiles » Hybrid Eco-Friendly Vehicles to be Produced in Ghana

The vehicles include four wheeler mini trucks, salon cars, and tricycles, all running on both electricity and gasoline.

They will be tested locally by Link Technologies, a renewable energy company, to meet customer expectations.

The vehicles will produce electricity, pump water for irrigation, and be fitted with internet connectivity devices.

They are said to produce zero emissions, zero noise and are touted as being able to cover a distance of over 300 km on a single charge with two litres of gasoline.

Dr Archibald Yao Letsa, Volta Regional Minister, who launched the products, expressed joy that they have been introduced to the country in an era of rising concerns over the state of the environment and fuel costs adding that “any attempt to ensure the use of efficient renewable energy products is a step in the right direction”.

He said automobile emissions remain the greatest contributor to environmental pollution and has caused progressive nations to pursue the use of clean energy.

Dr Letsa said with Ghana as a signatory to the Sustainable Development Goals, initiatives that would help ensure that the goals were met are “much appreciated and should be supported”.

He said the vehicles would help meet the affordable and clean energy goals of the SDGs, as well as those on agriculture and economic empowerment.

The Minister reiterated the government’s commitment to supporting private sector players such as Link Technologies to create more employment opportunities for the youth.

“Together we shall move towards creating jobs, reducing energy costs and saving the environment”, he added.

Mr Courage Dei Zanga, Managing Director of Link Technologies, said manufacturing plants would be established in the country and partnerships would also be considered with some universities to produce and maintain them.

He said the project required the support of corporate organisations to succeed and that the local production of components of the vehicles would provide thousands of jobs.

Mr Zanga said the products would be made affordable so it could be patronised by rural dwellers and farming communities.

The project falls under Link Technology’s Renewable Energy Transport System, which is an initiative towards improving agriculture, rural transportation and rural electrification.

The vehicles are said to have been tested in the Republic of Togo and are reportedly on high demand in Nigeria and other African countries.