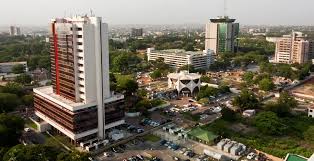 The Ministry of Works And Housing says it is working on a Bill to regulate the buildings sector in Ghana, aimed at ensuring safety.

The Condominium Bill, according to Ms Freda Prempeh, Deputy Minister of Works and Housing, will regulate the construction of high-rise buildings in the country.

Speaking to the GNA in an interview at a signing ceremony between Rendeavour, developers of Appolonia City and the Ghana Home Loans at the US Embassy in Accra, she explained that a lot of high-rise condominiums were being constructed across the city of Accra, which required regulation by the Ministry.

We need to put structures in place to ensure that things are done right, so we are seriously working on the bill and very soon it will go through the process before it comes back to Parliament.

She added that the Ministry was also working to pass the Real Estate Agency Bill in this seventh Parliament.
The Bill was initiated in the sixth Parliament but did not pass thus the process had been re-initiated and is expected to be passed in this Parliament.

“We are also trying to revise the Building Codes and the Rent Act as well,” she said, adding that the initiatives were to help sanitise the industry and prevent people from doing whatever they liked.

“If we have all these bills in place to regulate the industry, then I think we won’t be heading towards any sort of disaster, even though we can’t control natural disasters”.

Ms Prempeh said while she could not give timelines for the passage of the Bills, the Ministry expected to pass two Bills and two revisions made before the mandate of the present government ended in four years.

She said the Rent Control Department dealt with over 20,000 cases every year but were too under-resourced to effectively deliver on their mandate, thus a revision of the Act will help equip them to deal with the situation.

It will also ensure that tenants and landlords had cordial negotiations and relations and stressed the need for all parties, including the media to play their part in supporting implementation of the laws when finalised.