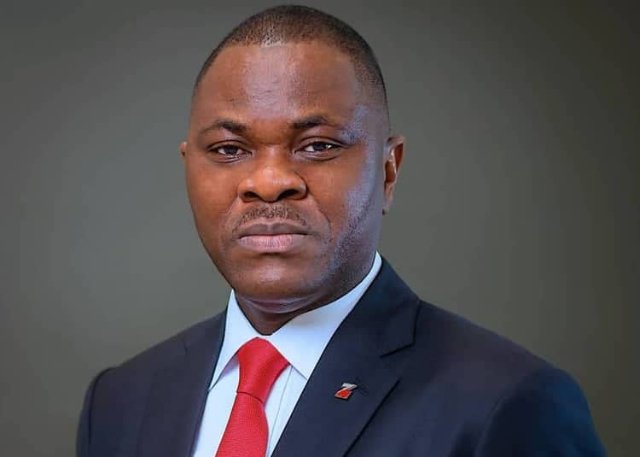 His appointment has duly been approved by the Board of Directors of Zenith Bank Plc.

Mr Oroh’s appointment, according to a statement issued by the Bank, is consistent with the bank’s tradition and succession strategy of grooming leaders from within.

His appointment, the statement noted, would take effect from September 1, 2019.

It indicated that his appointment has been approved by Nigeria’s Central Bank.

The Zenith Bank Ghana MD is an experienced banker with over two decades of practice.

He began his illustrious career in 1992 at Citibank where he served for seven years in Operations, Treasury and Marketing.

The MD joined Zenith Bank in February 1999 and has worked in various Groups and Departments within the Zenith Group Office.

His expertise spans Operations, IT, Treasury, Marketing, including the Manufacturing, Food and Beverages, Pharmaceuticals, Oil and Gas, Public Sector, Consumer as well as Corporate Banking and Business Development.

In April 2012, he was seconded to Zenith Bank Ghana Limited as an Executive Director and became the Managing Director/Chief Executive in February 2016.

As Managing Director, he has successfully spearheaded the phenomenal growth of the Zenith Brand both within the Ghana market and the West African Sub-region.

Mr Oroh holds a Bachelor’s Degree in Accounting from the University of Benin, Benin City and an MBA from the Lagos State University.

He also holds an LLB Degree from the University of London and is a Fellow of the Institute of Chartered Accountants of Nigeria and an honorary member of the Chartered Institute of Bankers, Nigeria.

Mr Oroh has won a number of prestigious awards over the last two decades.

According to the International Finance Magazine, the celebrated banker credited for churning out series of impressive financial performance as MD/CEO of Zenith Bank, was Banking CEO of the Year, 2019.

The above awards were in recognition of his remarkable leadership which has distinguished the Zenith brand from its closest peers.