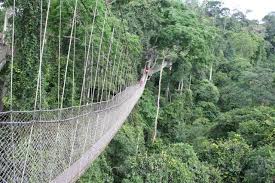 The Ghana Tourism Authority (GTA) is to certify and license all tourist facilities in the country to ensure excellence in the industry.

He said this in a speech read on his behalf at the 2018 Volta Regional Tourism Awards, held under the theme: “Celebrating Our Heritage”, at the Volta Serene Hotel in Ho.

The Chief Executive of the Authority said government’s tourism fund supported by the World Bank, would be continuously invested in developing and improving quality of sites to meet international standards.

Mr Agyemang said visa acquisition was one area the Authority was working to improve upon and had engaged the Immigration Service on slashing visa on arrival costs.

He said the Tourism Ministry was committed to establishing two hotel training institutes to cater for its service enhancement training component in an effort to realise the full economic potentials of a sector whose value chain could end the nation’s employment dilemma.

Mr Agyemang called for support from all stakeholders and asked players in the sector to strive for excellence and promote Ghanaian culture through local products and cuisine.

Mr Alexander Kwame Nketia, Volta Regional Manager, GTA described the region as a multicultural society with natural setting and scenery that tourists were attracted to, and underscored the need to make good use of the potential.

He said the GTA was considering setting up a destination management team to collaborate with other stakeholders in developing the sector, and called on operators in the region to comply with regulatory requirements and contribute their levies promptly.

A total of 30 awards, including honourary ones, were presented to individuals, companies, and facilities for their contributions to the sector with:

Travellers Inn at Dzodze in the Ketu North Municipality won the award for Best Traditional Establishment with Continental Spot at Akatsi picking the Best Pub in the Akatsi South District.

Jaxn Pub in Peki won the award for Best Drinking Pub in the South Dayi District and Evergreen Spot at Juapong also crowned the Best Drinking Bar in North Tongu.

The crocodile resort at Ave Dakpa won for the Akatsi North District, the district support for tourism recognition.
Volta Serene Hotel in Ho was crowned Outstanding Promoter of Tourism.

The Development Institute, a Non Governmental Organisation was also recognised for developing sites in the region.

The site guide for the year was confered on James-Ocloo Akorli of Fort Prinzenstein in Keta, and Visitor Attraction went to the Afadzato Tagbo Falls in Liati Wote.

The event was graced by a wide array of stakeholders and personalities including, Isaac Dogbey, Ghana’s Super Bantam Weight Champion.