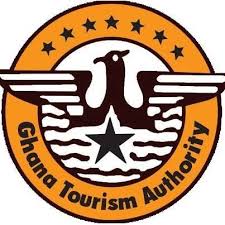 The Ghana Tourism Authority has closed down 325 hotels in eight regions for non-compliance with the authority’s regulations.

The GTA noted that the 325 hotels which until June this year, have been operating illegally, were part of 376 hotels that have been earmarked as operating without licenses.

Confirming to the Goldstreet Business about the closure, CEO, GTA, Mr. Akwasi Agyeman explained that about 190 of the illegal units responded to the closure and are in negotiation to get their operations validated.

He said 145 of the facilities are yet to approach the GTA to respond to the action taken by the authority concerning the closure notice.

Meanwhile, Mr. Agyeman noted that the GTA will soon bite such tourism enterprises that refuse to adhere to the laws regulating the hotels industry.

“What we’ve realized is that, some closed down hotels take off our closure notice after our staff leaves their premises and that becomes an added offence” Mr. Agyeman said.

Going forward, he noted, the GTA has been encouraging hoteliers to do the right thing and to abide by the rules governing the sector.

Though it remains unclear why some hotels and tourism facilities prefer to do business in the dark by avoiding GTA’s validation, Mr. Akwasi Agyeman said the authority periodically engages hotels in all regions on how to acquire license to legalise their operations.

He ask customers and clients to look out for GTA certification which is usually displayed at hotel receptions in order to avoid patronizing such unsafe facilities.

“Any hotel that is not licensed is not in our records and so in the event of loss or damages, it becomes difficult to trace owners of such hotels”, Mr. Agyeman noted.