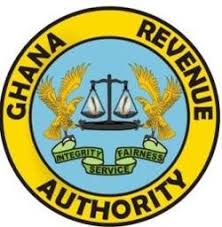 The Ghana Revenue Authority (GRA) has put in place an operational task force to check smuggling of un-customed vehicles and goods in the country.

The Command would employ hand devices installed with GCMS vehicle database to support such operations to ensure that all vehicles were properly entered with right duties.

Mr Francis Tanlango of the Customs Division, Takoradi Command said the establishment of the operational task force formed part of strategies deployed to achieve the revenue target of GHc 895,470,000.00 projected in 2019.

The Command would also improve on controls of the bonded warehouses and free zone companies to ensure compliance.

He therefore warned the public against the use of uncustomed vehicles that were smuggled into the country from neighbouring West African Countries.

The taskforce, he hinted that the4y would randomly stop vehicles on some selected roads to verify their genuine entry or otherwise and check whether import duties were paid.

He said the Authority had deployed a strategic means of authenticating the genuineness of the Chassis number of vehicles.

Under the ECOWAS Protocol, to which Ghana is a signatory, member countries were permitted to temporarily cross over to other member countries with their vehicles for temporary use for a period of two weeks, to 90 days.

Unfortunately, some unscrupulous individuals were abusing the privilege for selfish gains at the detriment of Ghana in terms of duties and revenue generation.

“We shall deploy human escort on some selected commodities meant for transit to neighbouring Burkina Faso, Ivory Coast among others to reduce the risk of diversion of cargo”.