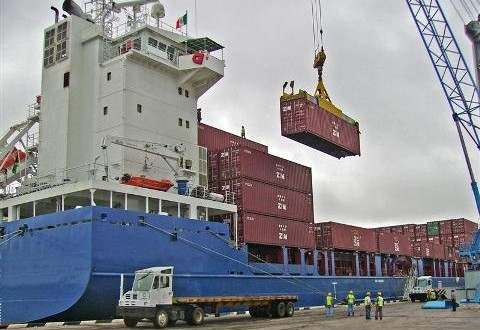 The Ghana Ports and Harbours Authority has waived its storage and rent charges for the period of 30th March to 19th April, 2020 for cargoes that are yet to be cleared from the ports.

In a statement to importers and exporters which was signed by the Director-General of GPHA, Michael Luguje, the Authority said “all storage and rent charges considered as time-related penalties in the cargo clearance process at its Golden Jubilee and Transit terminals resulting from the COVID induced restrictions on movements of persons have been waived.”

The statement said the offer of rent free dates will end by close of work on Sunday 31st May 2020.

So far, some shipping lines like Grimaldi, PIL and Maersk Line have also waived demurrage charges for the period between 30th March to 19th April, 2020.

This development follows a fruitful engagement between the Ghana Shippers Authority, and all the related organisations including the shipping companies and their umbrella-body, the Ship Owners and Agents Association (SOAAG).

The Meridian Ports Services (MPS), Eye on Port, gathers has also waived some rent and storage charges for importers and exporters.

Meanwhile, some freight forwarders have commended the Port Authority, Terminals and shipping lines for waiving rent and demurrage charges as directed by the Minister of Transport through the Ghana Shippers Authority.

They believe this will go a long way to cushion importers and exporters from hardships that came about as a result of the lockdown.

“I was happy when I heard that GPHA has absorbed the charges,” Samson Asaki, the Executive Secretary of the Importers and Exporters Association said.
They, however, called on other terminals and shipping lines who are yet to waive demurrage and rent charges to do so in the interest of their customers.

We are just pleading with the shipping lines. They should take out the demurrage for these few days and comply with the Government’s directives for all of us to do business,” Philip Badu Mensah, a freight forwarder appealed.