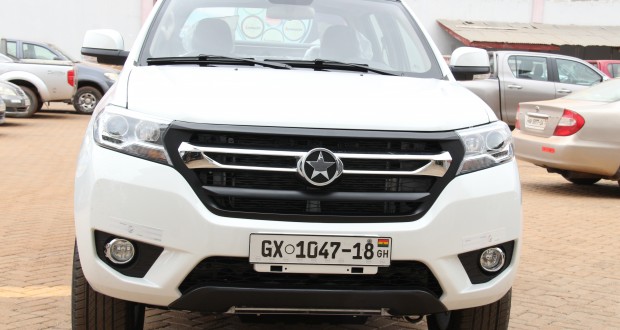 The government is to lay out a comprehensive programme to support the Kantanka Automobile Company Limited to produce vehicles fit for the African market.

Taking his turn at the Meet-the-Press series in Accra yesterday, the Minister of Trade and Industry, Mr Alan Kwadwo Kyerematen, said the government was determined to support the company to supply more vehicles to the local market and also export to other African countries under the African Continental Free Trade Agreement.

He said any item produced in Ghana “has a premium value” in other African countries, and so Kantanka vehicles would enjoy high patronage.

“You will see what benefits the Kantanka brand will have,” the minister said.

Mr Kyerematen allayed fears that the government’s decision to allow international automobile companies, such as Toyota and Nissan, to establish assembly plants in the country, would cripple the business of Kantanka.

Rather, he said, the government would provide the needed environment and incentive for Kantanka to produce more to feed the local market and be competitive in exporting to other African countries.

Kantanka Automobile Company Limited is a subsidiary of the Kantanka Group of Companies, founded by the founder and leader of Kristo Asafo Mission of Ghana, Apostle Kwadwo Safo Kantanka.

The company is into the manufacturing of automotive components and their combination with other parts outsourced from component suppliers to form a complete built unit.

The Kantanka range of cars, which is made up of saloon and four-wheel cars, include Kantanka Nkunimdie SUV, Kantanka Omama Pickup, and Kantanka 4×4 and Pickup/SUV.

Touching on other policy areas, Mr Kyerematen said the government had initiated a policy to establish strategic anchor industries to diversify the country’s exports and introduce new growth poles for the economy.

The rest are vegetable oils and fats (including oil palm), industrial starch (from cassava), and machinery and equipment manufacture.

“An Automotive policy has been approved by Cabinet to be launched soon. Automotive Standards and Homologation have been developed for public consultations”, he said.

One District, One Factory

He said a total of 181 companies were engaged in the 1D1F. They comprise 129 new companies and 52 existing companies that had been incorporated into the 1D1F programme.

In terms of percentages, agro processing takes 56 per cent of the projects, manufacturing, 22 per cent; primary agriculture, 13 per cent; meat processing, six per cent; and others, four per cent.

Tax and other incentives

Mr Kyerematen said the government was supporting private sector investments in establishing at least one industrial park for each region.

He said so far, nine parks in four regions were at various stages of implementation, including the Tema Export Processing Zone and the Greater Kumasi Industrial City.