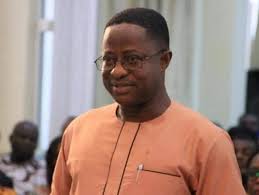 Homepage » Energy » Govt to provide total access to electricity by 2030

The government has announced plans to provide universal access to electricity by 2030.

It intends to use solar energy to bridge the 15 per cent gap in the provision of electricity across the country.

The Minister of Energy, Mr John Peter Amewu, announced this in Accra yesterday in a speech read on his behalf at a validation workshop on the findings of off-grid solar market assessment in the country.

He indicated that rural and peri-urban Ghana were the targets for the electrification programme.

In a boost to attain that dream, the minister said, Ghana had been selected among 19 African countries in West Africa and the Sahel to benefit from a $265-million facility to increase access to electricity by rural folks.

The project will kick-start simultaneously in beneficiary countries from January 2020.

An assessment of the off-grid solar market was conducted in the beneficiary countries to identify the major supply and demand-side barriers to the establishment of a sustainable market and yesterday’s workshop was to validate the findings of the study in Ghana.

Participants included stakeholders from the public and the private energy sector.

A monitoring and evaluation expert, Mr Collins Osae, said the ECOWAS Centre for Renewable Energy and Energy Efficiency (ECREEE) had, since 2017, been pursuing an agenda of facilitating the implementation of concrete on-the-ground projects, of which the Regional Off-Grid Electrification Project (ROGEP) was part.

Its development objective is to increase electricity access to households and businesses, using modern stand-alone solar systems through a harmonised regional approach.

The financiers of the project are the World Bank, the Clean Technology Fund and the Directorate General for International Cooperation of the government of The Netherlands, which is providing $265 million for the initiative.

The ECREEE is the technical implementation partner, while the West African Development Bank is the financial implementing partner.

According to promoters of the project, the ECREEE Secretariat, on the basis of the market study, would build the capacity of off-grid (stand-alone) solar businesses and also support an awareness campaign to remove barriers and help create an ecosystem to develop a regional market of solar products.

The ECREEE was established in 2010 in response to the energy poverty crisis faced by the West African sub-region and the need to mitigate the effects of climate change.

The establishment of ECREEE was a strategic decision by West African leaders, under the auspices of the ECOWAS Commission, to strive to reduce the daunting energy deficit and promote renewable energy and energy efficiency in the region.