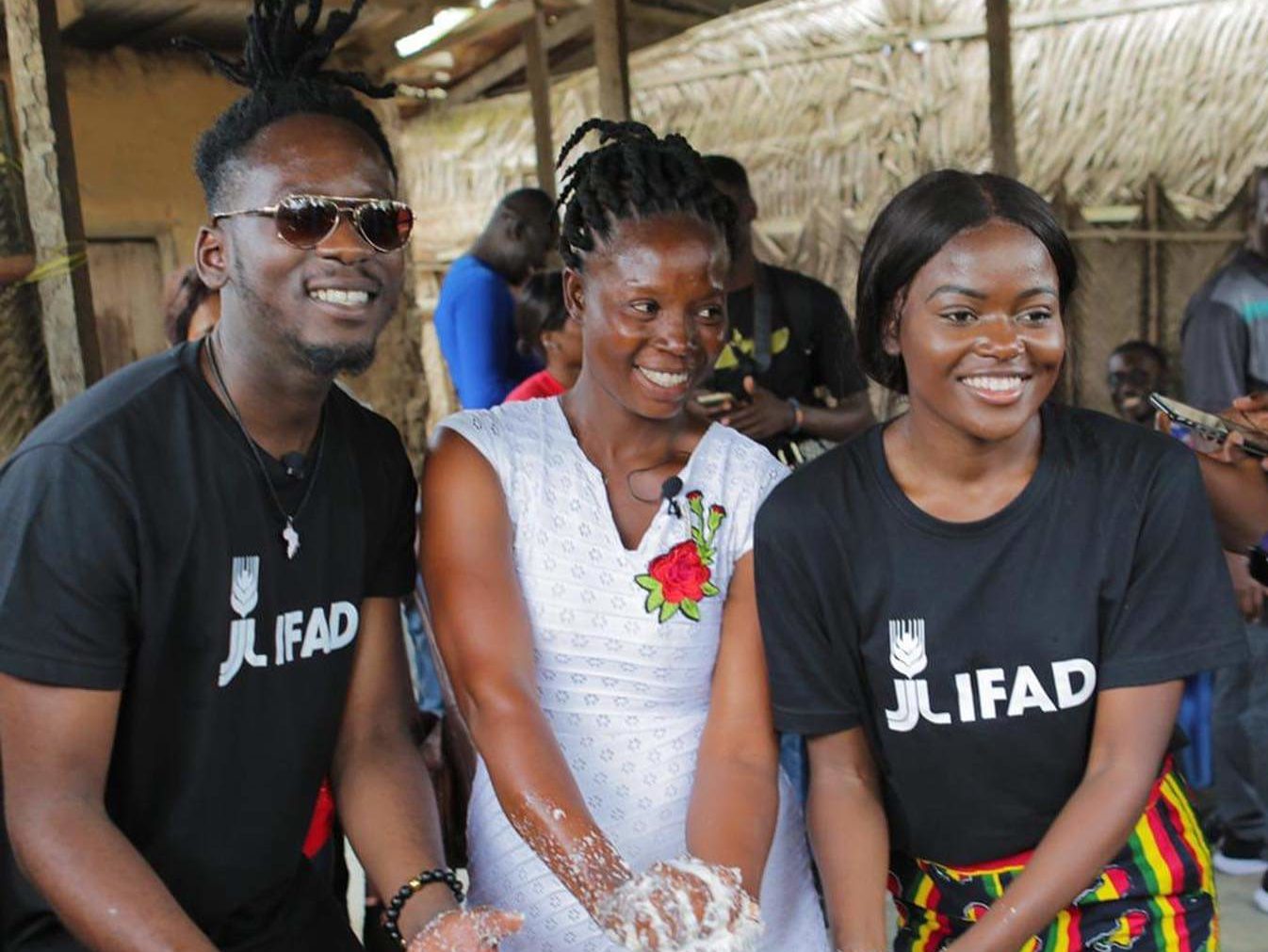 The International Fund for Agriculture Development, the government of Ghana and the Africa Development Bank has so far invested over 190 million dollars into rural entrepreneurial skills development.

As part of activities to entice the youth into agriculture, a team from IFAD joined and some international celebrities visited some beneficiaries of the program at Ada district in the Greater Accra region.

The programme has trained young people to become agricultural entrepreneurs by developing and launching their own small and medium-sized farming enterprises and businesses.

The Campaigns and Brand Officer of the International Fund for Agriculture Development Simona Siad stated that IFAD has so far invested over 70 million dollars into rural enterprise development for the youth in Ghana.

According to her, the program has been “very successful” and governments in Africa should invest in the youth more to reduce unemployment.

The National Director of the rural enterprise program Kwesi Athur stated that the Rural Enterprise program will be converted into a resource centre across the country to suit the government’s industrialization program.

Oluwatosin Ajibade popularly known in showbiz as Mr Eazi charged the youth to leave the streets, stop lamenting in search for non-existing white colour jobs and venture into agriculture; describing it as the most lucrative business which could give them financial independence.

Mr Ajibade “it’s easier to acquire credit facilities to start agri-business than it is to do with music and engineering”.