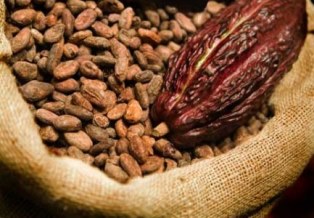 Government has increased the price at which it buys a bag of cocoa from farmers by 21.74 percent for the current crop season spanning 2015/2016.

During the last crop season, for every 64kg bag of cocoa beans, farmers earned GH¢350; but the announcement by the Producer Price Review Committee (PPRC) will see farmers make GH¢425 per bag in the new season.

Speaking at a news conference in Accra on Friday, Cassiel Ato Forson, Deputy Finance Minister, said the price of a tonne of cocoa has also been increased from GH¢5,520 to GH¢6,720 per tonne.

The Committee, which comprises of government appointees and officials from Cocobod, further approved an additional GH¢5 per bag of 64kg.This means that a cocoa farmer will be paid GH¢420 per bag and an additional GH¢5 as bonus, making it a total of GH¢425 per bag.

This brings the price and bonus per tonne per tonne of cocoa to GH¢6,800, equivalent to about 74 percent of the net Free-On-Board (FOB) price — meaning farmers will continue to enjoy the largest chunk of what government earns from selling the beans on the world market.

During the last crop season farmers received 76 percent of the net FOB price per tonne of cocoa.

Comparatively, Ghanaian cocoa farmers are in line to earn more than their neighboring counterparts who are to receive US$108.8 per every 64kg bag of cocoa while local farmers receive US$114.5.

Government is confident the new price will be enough to dissuade farmers who are engaged in cross-border smuggling as they chase higher prices of the cocoa beans.

Farmers of the crop are excited about the price increase.

In an interview, the Brong-Ahafo Regional Chief Cocoa Farmer, Nana Agyei Damoah, expressed his excitement about the new price.

“Last year we were given GH¢350 and now we have been given GH¢425, so I think it is a satisfactory price. Aside from this, there are other incentives we will receive. Our children will receive scholarships; our school buildings in poor conditions will be rehabilitated, new ones will be built if need be; we will get free fertilizer and insecticides.

So I think all these are incentives that makes the whole package a satisfactory one. And the fact that our price is now higher than Ivory Coast, I think smuggling of cocoa to Ivory Coast for a higher price will cease,” he said.

Mr. Ato Forson further revealed that the PPRC has approved other rates for all stakeholders in the industry: “The Buyers’ margin, Haulers’ rate, warehousing and internal marketing costs as well as fees for disinfestation, grading and sealing have been increased over last year’s levels in order to ensure that other key stakeholders operate at profitable levels to sustain the cocoa industry.”