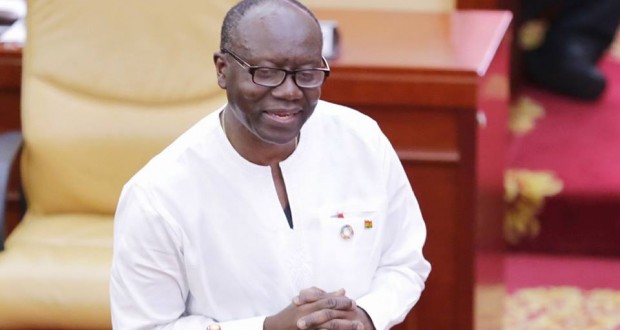 The Minister of Finance, Ken Ofori-Atta, has tabled before Parliament a request from government for a supplementary budget of GHS11. 8 billion to support government’s expenditure for the rest of the year 2020.

Government projections for the 2020 financial year have largely been affected by the economic implications of the Coronavirus pandemic, but it hopes to restrategize to generate more revenue to revamp the economy.

Earlier this year, the Finance Minister announced that the government will require some GHS9.5 billion to fight the COVID-19 pandemic, a situation which may move the 2020 budget deficit to over seven percent.

He also stated that this will be 2.5 percent of Ghana’s revised GDP, and there will be a “fiscal gap of GHS11.4 billion.”

But at the mid-year budget presentation in Parliament on Thursday, July 23, 2020, Mr. Ofori-Atta said the supplementary budget is to assist government to implement various initiatives to strengthen various sectors of the economy due to the revenue shortfalls and budget deficit created by the impact of the Coronavirus pandemic.

“Mr. Speaker, this Mid-Year Fiscal Policy Review and its programmes draw us closer to our collective aspirations. Whilst this pandemic requires us to exceed the limits imposed by the FRA, Act, 982, we have had to make these major expenditures to protect lives and livelihoods of Ghanaians and sustain businesses. We, therefore, request a supplementary budget of GH¢11,896,477,566.00 to enable us to continue this extraordinary task”, he requested.

According to the Minister, the country has been hit with a double shock: a health pandemic and a global economic recession.

The situation he says has resulted in revenue shortfall of GH¢13.6 billion and unanticipated but necessary expenditures of approximately GH¢11.7 billion.

This, therefore, leaves the country with a projected fiscal deficit of 11.4% of GDP, a figure which is above the 5% limit as stated in the Fiscal Responsibility Act, 2018 (Act 982).

The Minister also explained that “the overall fiscal deficit will increase from the programmed GHȼ18.9 billion to GHȼ30.2 billion, which will be 7.8 percent of revised GDP.”

Meanwhile, Ghana’s debt stock has risen to GHS255.7 billion, as of June 2020 after the GHS50 billion that was added to the debt stock in the last 12 months.

Provisional figures from the Finance Minister, Ken Ofori-Atta, indicated that the current debt stock is 66.36 per cent of GDP.

“The increase was mainly as a result of a Eurobond issuance of US$3.0 billion in February 2020, exchange rate depreciation, frontloading of expenditures and the COVID-19 effect which increased the cedi equivalent of the outstanding debt stock,” Mr. Ofori-Atta explained during the mid-year budget review.

The total debt stock was made up of GHS134.9 billion of external debt and GHS120.8 billion domestic debt.

These accounted for 52.7 per cent and 47.3 per cent of the total public debt stock, respectively.

As a percentage of GDP, external and domestic debt represented 35 per cent and 31.36 per cent, respectively.

This means Ghana added almost GHS 20 billion to its debt stock in the subsequent three months, which coincided with the harshest periods of the COVID-19 pandemic.