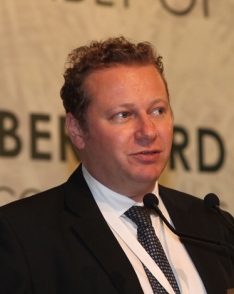 The Ghana Oil Palm Development Company Limited (GOPDC) is hopeful of increasing its oil palm production capacity to about 60,000 metric tons in the near future, as it calls on government to urgently develop the right policy interventions and industry regulations to support the crop’s sector.

Right policy interventions, duty protection and industry regulations, the company said, will help augment the country’s domestic production and provide incentives of growing oil palm which can be an economic game changer in the country’s commodities market.

“If government wants to support the local farmers and grow the entire agricultural sector, it should be hard with policy implementations.

“Our advice is for government to close the gates from importing countries and encourage local production and in that way, the palm sector will create jobs and wealth and attract more investment”, GOPDC’s Managing Director, Gert Vandersmissen emphasised in an interview during a visit to the factory at Kwae in the Kwaebibirem District of the Eastern Region.

GOPDC is the country’s leading oil palm producer, which currently produces about 30,000m/t of palm oil and employs over 4,200 workforce,

Ghana has huge disadvantage over plantations in the Far East countries in terms of yield per hectare and that Ghana yields is less than 55% of the Far East, hence duty protection become eminent for the survival of palm sector in the country, he said, adding that without protection, the country risk losing 135,000 tons of production and need foreign exchange of US$100million to import and also risk of losing livelihood of 290,000 farmers.

Heads of states and governments of ECOWAS member-countries in 2014 implemented the new Common External Tariff (CET) for West African nations, of which CPO imports is inclusive.

Nigeria decided to protect the palm agriculture industries by imposing an Import Adjustment Tax (IAT) of 25 % in addition to a CET tariff of 10% — making 35% duty on imports of CPO.

Pushing for enforcement of the CET in Ghana, Mr. Vandersmissen explained that investors who only invest in refineries would prefer considering the option of going for plantations, and that the IAT of 10% will bring in additional revenue to sustain the sector. The IAT will help discourage importation of CPO and boost domestic production.

“With 50% low yield, high cost of infrastructure, maintenance, electricity, it is very difficult for local farmers to compete with crude palm oil imported from the Far East without the duty protection,” he said.

Current forecasts anticipate that the country is faced with a net deficit of up to between 260,000 to 300,000 tons of the valued oil palm commodity, estimated at about US$ 175 million annually, following slippages in production.

The commodity is the fifth-largest crop in the country in terms of area planted after cocoa, maize, cassava and yam.  Approximately 305,758 hectares of plantation is being cultivated nationwide

Mr. Vandersmmissen said: “Our policy is to protect the Ghanaian market here and this is not a new thing. It’s been done everywhere in Europe, they protect their local market, in Asia they do it but here in Africa the market is opened.

“If we want to develop this sector we need to be focused and stop this business of brining in goods from foreign countries.”

He said the past 20 years which the company has been operating in the country, “we have been asking authorities to protect the market against these cheap imports of oil palm from Malaysia and Indonesia.

“So far, we don’t think we have achieved anything because still refiners import Crude palm oil at 5 % duty rate.

He indicated that Africa imports approximately 4million metric tons of oil palm annually which can be grown locally, as it is very interesting and viable to grow the crop in Africa.

“From South Africa to Senegal ships bring in about 4million metric tonnes of palm oil annually into Africa while they can be grown here locally, even if the conditions are not favorable, it is still interesting to grow oil palm Africa.”

He observed that Malaysia and Indonesia has strict palm oil import system, making it attractive for their local farmers to produce.

“Ghana’s import gate is still open and there are a lot of palm products coming into the country for which they don’t pay the correct taxes and at the same time we cannot give the farmers the correct price for their fruit and at industrial level we cannot sell at good price because we have to compete with these people who bring it from the Far East oil palm producing countries.”

He indicated that inconsistent granting of waivers to importing companies from such countries has been a major challenge which distort prevailing market situation adding that local farmers and investors are to be encouraged to invest in palm plantations, as this will only be possible when duty protection is enacted by the government.

During the company’s 20 years operation GOPDC has transformed its oil palm production models where it currently cultivates approximately 8,000 hectares of nucleus oil palm plantation out of a concession of 14,000 hectares, and provides financial and technical support to 6,000 farmers, who cultivate a total of 10,000 hectares of oil palm.

GOPDC runs a refinery/fractionation plant with a capacity of 100 tons per day with and an aggregate storage capacity of 21,000 tons both at Kwae, which is located near Kade and Tema.

The company presently owns two nucleus plantations at Kwae and Okumaning with a total concession of 14,000 ha, of which approximately 8,000 ha are developed.

Besides the nucleus estate, there are 349 ha of smallholdings within the concession. In addition to the above, the concession locates housing for Junior Staff, Senior Staff and Management Staff and all industrial and social infrastructures required for the well-functioning of such an industrial complex. Areas of natural and traditional value within the plantation are preserved.

About 6,000 farmers produced on contract for the Company. They represented the majority of the planted area with more than 10,000 ha under cultivation. These individual farmers cultivated small parcels of land within a radius of 30 km from the GOPDC processing plant.

In 2012, a jerrycan filling plant was added to GOPDC’s industrial estate investment portfolio where the company’s “King’s” brand vegetable oil is packaged into 5 liter and 25 liter jerry cans.

GOPDC supports the communities it operates in, not only through the results from its business operations, but through investment in education, health and the environment which are essential factors in social development with the aim of improving the living standards for the majority of the people.

Its corporate social responsibility (CSR) programme is aimed at augmenting the economic activity in its region of operation and in doing so it provides employment and income directly and indirectly to more than 50,000 people.

The company said it has spent about US$20million over the past 20 years, and released a total amount from its CSR budget annually to the communities on whose lands it is operating to assist in the development of their respective communities.

This act, the company explained is in line with an agreement the company signed with the various communities that provided land for the Kwae and Okumaning plantation projects.

Since 2012, 0.5% of turnover and 0.5% of profit is earmarked exclusively for corporate social responsibility activities. The beneficiary Communities are Kwae, Anweam, Asuom, Minta and Maaman in the Kwae plantation project and for Okumaning project, Okumaning, Kusi, and Takrowase are the beneficiaries.

On the Kwae Estate, GOPDC runs a school from kindergarten to Junior High School level for approximately 500 pupils. A team of 26 teachers, under guidance of a headmaster, is taking care of the daily operations at the school.

At Kwae, GOPDC runs a medical Centre – GOPDC Clinic which is equally open to surrounding communities.

In order to facilitate the collection of palm fruit from the farmers, GOPDC maintains about 500 km of roads and assists the communities with the rehabilitation/construction of: Primary schools, village markets, water boreholes, power lines, and sanitary facilities.

The company has already released an amount of Gh¢41,346.76 to the University College of Agriculture and Environmental Studies established by the Okyeman Council at Bunso in the Eastern Region as part it CSR towards it library project.

GOPDC also realized that education is a catalyst for community development, its awards scholarships to bright but needy students in its operation areas. This year, significant impact has been made in the educational facet of the surrounding communities. Besides the creation of jobs, investment in education and health are also essential in social development.

GOPDC invest in education, health and environment because they are essential factors in social development with the aim of improving living standards for the majority of the people.

GOPDC invested almost US$12 million in a 30 MT/hour boiler with 2.5 MW turbine. The new boiler produces 30 tons of superheated steam per hour, which runs a steam turbine to generate enough electricity to serve the mill, refinery/fractionation plant and the estate.

This is in order to be able to cope with the increased processing capacity of the mill, the steam and power demands of the new refinery and fractionation plant, the rising costs of electricity and fossil fuels.

The investment which consist of new boilers of 2.5 megawatts turbine and empty food bunch shredding systems, bio mechanization plants and moving floor aimed at ensuring maximum provision of sure energy supply to power the engines and to check environmental pollution.

GOPDC produces huge amounts of organic waste like empty fruit bunches, fibers and nut shells, which are burned as fuel in the boiler.