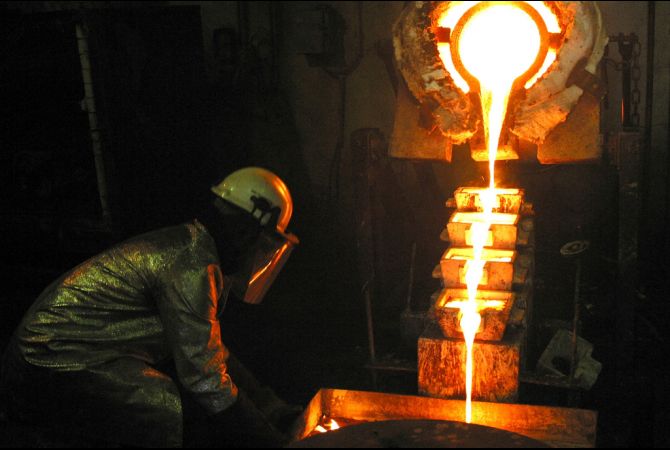 Homepage » Economic » Gold smuggling spikes ….as GRA seizes US$18m worth of the commodity

Concerns about gold receipts to the country have further heightened following the detection and seizure of a large amount of gold bullion meant for export without declaration and proper documentation.

The Customs Division of the Ghana Revenue Authority (GRA), acting on a tip-off last week, impounded 12 boxes at the Kotoka International Airport which contained gold bullion weighing about 480kg — valued at US$18million.

The seized bullion belonged to two Indian firms and three Ghanaian companies, and was bound for Asia and the Middle East — particularly India and Dubai.

This has raised further eyebrows in government circles about the depth of smuggling and under-declaration in the mineral sector, which they claim has starved the country of tax revenue and hard currency to shore-up the local currency.

According to Customs officials, exporting gold without any documentation is a daily occurrence at the Kotoka International Airport; and most licenced gold exporters in the country are engaged in such activities to avoid paying appropriate taxes to the state.

“Another reason is to avoid the repatriation of proceeds back into the country as required by law; monies which could help to relieve pressure on the cedi,” an official of the minerals trading arm of the state told the B&FT.

According to figures from the Bank of Ghana, in 2015 a total of US$3.2billion worth of gold was exported from Ghana by both large and small-scale miners.

However, a number of state officials strongly believe that a larger quantity of the commodity leaves the country illegally on a daily basis — requiring the Minerals Commission and the GRA to strengthen their monitoring and supervisory role.

Information gathered by the B&FT indicates that the gold bullion seized was heading to India, which currently consumes most of the world’s gold produced due to Indians’ traditional belief that the commodity provides financial security.

The Indian government, through the Indian Ministry of Commerce and Industry, has recorded that about US$979.6million worth of gold landed on its shores from Ghana between 2014 and 2015 (the Indian assessment year begins April 1 and ends March 31) amid concerns that Indian authorities are struggling to contain smuggling of gold into India, which has risen shapely over the past two decades.

According to the data of gold exports to India, a total of 34,000kg of gold was shipped to India from Ghana, with a chunk of it being carted by dealers in the small-scale mining sector.

The Bank of Ghana, in a bid to streamline the processes for documenting gold exports and accounting in the country, in September last year directed that all exports of gold by licenced gold exporters in the country be channeled through the Precious Minerals Marketing Company (PMMC).

However, the directive has not gone down well with the licenced gold exporters — who have since secured an injunction to prevent the central bank from carrying out its directives until final determination of the case.