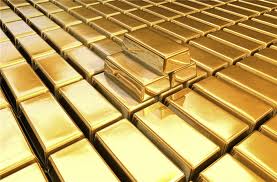 Global mining firm, Gold Fields, has revealed that its Tarkwa and Damang mines, both in Ghana, were the leading contributors to its production profile in 2012.

Peet van Schalkwyk, Vice President and Managing Director of the Ghana Operations, made this known at a forum dubbed “Facts Behind the Figures,” organised by the company on Monday 18th February. The company will thus focus even more dedicatedly on its Ghanaian operations.

“Ghana has always played a significant part in Gold Fields overall portfolio. Now that they are the largest contributor to the company, they will receive even more dedicated focus,”

The Ghanaian operations also accounted for the second largest Mineral Reserve base for Gold Fields with 14 million ounces of gold of a total of 64 million ounces. While gold production for the year was slightly lower at 885,000 ounces for the fourth quarter, it increased by 11 per cent to 208,600 ounces.

According to Mr Schalkwyk, the resumption of full operations in Tarkwa and improved operations at Damang accounted for the strong performance. It is expected that the country will continue to lead other operations, accounting for an estimated 35% of the mining company’s 2013 output.

“We will develop sustainable community infrastructure and other projects in collaboration with local communities, government and other key stakeholders,” Mr Coussey said.