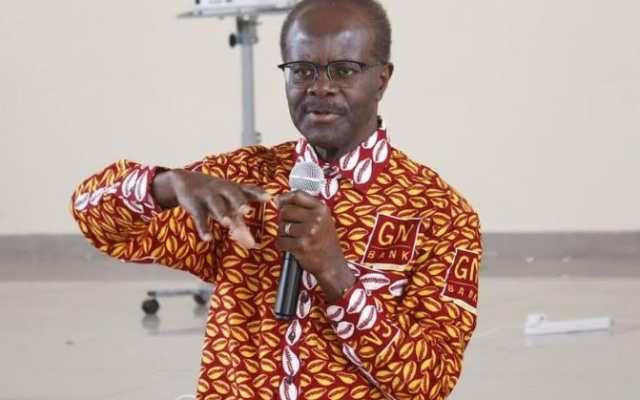 The Chairman of Groupe Nduom, Dr Papa Kwesi Nduom, has said one of his subsidiaries, Gold Coast Fund Management (GCFM), rebranded as BlackShield, will pay GH₵300 million worth of investments to its clients before 2020.

In an article titled: “Out of diversity, a golden key to the future can come” published by the businessman on Wednesday, 18 September 2019, Dr Nduom underscored the need to support firms to be stable and profitable.

There have been protests and demonstrations by some investors at various branches of the investment firm to demand their locked-up funds which they say have not been paid since September 2018.

But Dr Nduom has given the assurance to his clients of a plan to pay them and also migrate faithful customers onto new potentially profit-making products in the long-term under its Cardinal Assets Master Trust (CMT).

He said: “Like Goldman Sachs, GCFM, now BlackShield, has suffered unprecedented demand and pressures for the redemption of investments.  The regulator, the Securities & Exchange Commission (SEC) in January 2019 directed GCFM not to accept new funds or investments due to the liquidity challenges facing the company.  A public notice followed. Customers were encouraged publicly to file official complaints or go to court to demand their investments.  Through all of this, over GH₵200million of investments have been returned to investors.  GH₵300 million more will be returned by the end of 2019”.

Dr Nduom added that: “GCFM, over the years, has assumed a leadership position in the fund management arena with upwards of 70,000 customers and 90,000 accounts”.

Dr Nduom revealed that the “CMT is designed to go against the grain”.

“The promoter, Groupe Nduom, has combined a lot of its best assets and investments in multiple industries, about GH₵4 billion worth, to guarantee the net GCFM SF investments into CMT.  The objective is to manage these assets and investments to provide better than average returns.  Those who participate in the CMT will be allocated shares which will be liquidated over a period of time-based on the wishes of the customers.

“For those GCFM/BlackShield customers who can’t or won’t wait, there are negotiations and commitments made to return their investments to them.  For example, the plan is to return the investments of about 25% of accounts by the end of 2019. This is going on. It takes time to engage 70,000 customers in a productive way.  But it is happening.  In the end, the determination and ability to transform investments made by customers into positive, value-laden results is what we must concentrate on”.