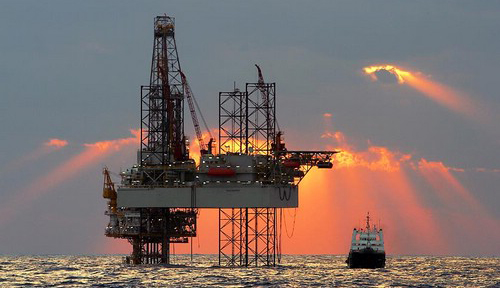 Ghana’s oil production is set to increase to a daily average of about 160,000 barrels in 2019 from the 150,000 barrels per day recorded in 2018, Executive Vice President (EVP) of Tullow Oil Plc., Kweku Andoh Awotwi, has disclosed.

According to Mr Awotwi, who was optimistic that 2019’s performance will be better than that of 2018, the expected improvement in the country’s oil production is due to a general stability in the production phase and Tullow’s quest “to continually look for improvement”.

“I think performance has slowly been stabilizing over time. Last year, we did about 150,000 bopd on average, and this year we will do more than that. We will do close to 160,000 bopd,” Mr Awotwi said. “The idea is to be able to increase that even further, I think the capacity if you combine the two , is about 180,000 bopd.”

Despite the expected increase in production, Mr Awotwi said it is unlikely that Tullow Ghana will meet its year’s target.

He explained that Tullow had, at the beginning of 2019, set some “fairly ambitious targets”. However, some operational challenges, which it is currently addressing, marred the prospect of the oil producing firm.

“We had a couple of challenges which is what we call well completion, to drill and then we complete, so these took some time. When you push out a programme, it just delays, so instead of bringing in 10,000 barrels, today, it comes in two months. So those are some of the reasons in change in guidance,” Mr Awotwi said.

The Tullow EVP also disclosed that some 50 per cent of the total personnel working on the Guyana production unit are Ghanaians, although he could not readily tell the total number of workers.

“Half of the workforce are Ghanaians. So there is a Scandinavian company that moved the rig from Ghana, and moved it to Guyana, but kept the workforce from Ghana so these are the kind of things we benefit from when we do a lot of drilling. We already have some of our own Ghanaian geoscientists there as well,” Mr Awotwi indicated.

He said even though the Guyana oiul find was good for Tullow Plc., it was also good for “the employees of Tullow from Ghana and Ghanaians make a big part of Tullow so it creates more opportunities for our Ghanaians.”

Tullow Plc. had on Monday, August 12, announced its oil discovery in Guyana from the ‘Jethro well’. It estimates the Guyana operation to have a minimum reserve of about 100 million barrels.