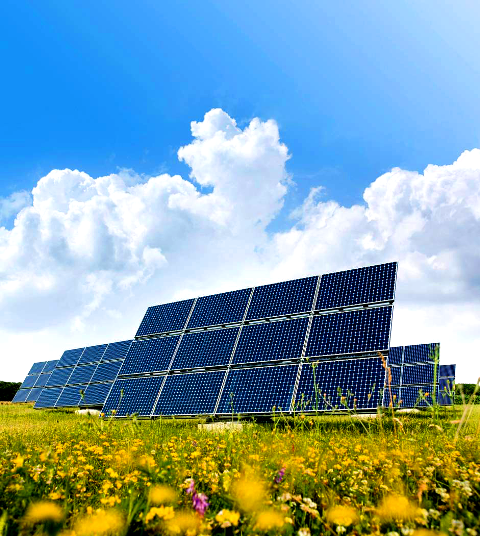 An important requirement for the kind of development that Ghana aspires to achieve is energy. All countries that have developed rapidly have done so on the back of cheap, accessible, consistent and widely available energy to power its industries, support and boost consumption.
In Ghana, attempts to achieve this state of affairs began shortly after independence. The Akosombo Dam over the Volta Lake, completed in 1966, has for most of the country’s history, supported its industries and lit its homes. As the country’s energy needs have increased and industries have sprouted, power from the Akosombo Dam has become less and less adequate. The Kpong Dam, completed in 1982, is also another source of power available to the counrty.
In the 1990’s, the Aboadze Thermal Plant was commissioned, adding some 650 MW to the country’s energy mix. While this has helped, the country is still far off energy sufficiency. Currently, the Bui Dam is also under construction and is expected to come on stream shortly. Even then, the country will need more energy to satisfy both its industrial and domestic users.
With the discovery of oil and the attendant economic interest from across the globe, the search has assumed even more urgent nature requiring greater imagination and wider participation. This is aside the volatility of weather conditions that often interfere with the consistency of the dams and that of oil prices which make the thermal plants expensive to run at the best of times.
Policy makers have set out objectives for the country’s energy sector which include expanding access from the current 66% to at least 80% by 2015, securing sources of cost-effective and sustainable fuel supply for electricity generation, increasing financing for electricity supply infrastructure development from government sources, Development Partners and the private sector, strengthening institutional and management capacity as well as regulatory regime for the smooth development and operation of the power sub-sector and ensuring a a cost-effective pricing regime for electricity services
By 2020, the national vision is to ensure universal availability and access to energy services and
for export.

To achieve these, the energy sub-sector and the players in it must confront several challenges. There is the pressing need to improve and in some cases develop infrastructure for the production and distribution of power as efficiently and reliably as possible.

In keeping with global trends, the Volta River Authority, which occupies a unique role in Ghana’s energy eco-system, has been keen to explore and encourage the use of sustainable resources to power the country.
The country is known to be well endowed with renewable energy resources and policy makers are keen to facilitate their exploitation in order to achieve the national energy goals, ensuring energy security as well as reducing the negative effect on climate change that energy production engenders. Biomass, solar, wind energy and mini-hydro are some of the alternative sources the use of which are being encouraged.
With vast arable lands and unlimited potential for crop production which can be converted into a wide range of liquid and solid biofuels, it remains a potent source that can deliver up to 60% of the country’s energy needs. With solar radiation levels estimated at about 4-6 kWh/m2, solar is also another natural option for power in Ghana. Wind is also an option, with average wind speed along the eastern coastal areas estimated at 5m/s at a height of 12 metres and 9 m/s on the mountains along south eastern corner of the country.
For the renewable energy subsector, the challenge is to contribute more to the national energy mix, increase efficient production and use while at the same time dealing with the higher costs in the sector that are directly caused by the low utility and the capital investments needed to get their operations off the ground.
To help address these challenges, the government is proposing legislative and fiscal incentives. Other measures include the  of dedicated woodlots for wood fuel production and promoting the use of LPG. Additionally, government is supporting indigenous research and development to enable the reduction of renewable energy exploitation costs, providing tax reliefs on equipments imported for the purpose and supporting decentralised off-grid technologies where it is found to be competitive.
Energiebau Sunergy is one of the companies that is currently investing in renewable energy in the country, namely solar energy.
William Asante of Energiebau Sunergy says the Peduase based company says the company is harnessing the solar radiation that is widely available in the country to enable efficient deployment.
While prospects for solar as a source of energy are generally positive, Mr Asante says high start-up costs are a key stumbling block to the wider use of the technology. “To overcome this barrier, new and innovative financing mechanisms need to be devised. Further, until the renewable energy bill recently passed by the government is fully implemented, the energy framework will not be potent enough to ensure full scale commercialization and widespread utilization of solar energy,” he says.
Nevertheless, Mr Asante believes that solar energy production and consumption over the medium to long term is set to increase. However, he points out, the extent and speed at which this increase can be achieved will however largely depend on how quickly the barriers can be overcome.

Another source of energy that is giving observers a lot of hope is Ghana’s gas reserves. Exploitation of Ghana’s gas reserves did not start at the same time that commercial drilling of
oil, which began in the last quarter of 2010. This was mainly due to the unavailability of the infrastructure necessary for its delivery to either local or international clients.

Efforts to tap and commercially exploit the reserves in the Jubilee fields are being managed by the state owned Ghana National Gas Company, set up on the recommendations of Ghana National Gas Develpment Taskforce which was set up to review the various aspects of the commercialization drive.

The Ghana National Gas Company was legally incorporated in July 2011, with the mandate to build, own and operate infrastructure required for the gathering, processing, transporting and marketing of natural gas resources in the country.

In the near term, the company is focusing on developing the Gas Infrastructure Project that will process and pipe the Jubilee Phase 1 gas to the Takoradi Thermal Plants in Aboadzi, Western Region for onward integration into the country’s energy mix.

The company’s mandate also involves the preparation of commercial and technical agreements for purchase, gathering, processing, transport and delivery of natural gas. It is also responsible for building a fully integrated and profitable gas business to serve the Ghanaian and export markets, attract private investment in Ghana Gas through strategic partnership and eventual listing on the Ghana Stock Exchange and promoting investments in the petrochemical industries.

In November 2011, the Ghana National Gas Company signed a project implementation agreement with Sinopec International Petroleum Service Corporation to enable the speedy implementation of the project. Subsequently, an Engineering, Procurement, Construction and Commissioning agreement was negotiated and signed with the Chinese firm.

Under the agreement, Sinopec will provide engineering and construction support for the approximately forty-five kilometre water offshore natural gas pipeline, an onshore natural gas pipeline system consisting of one hundred and eleven kilometres main pipeline and seventy-five kilometres of lateral pipeline including bitumen surface and access roads to the regulating and metering stations and valve stations of both pipelines.

Sinopec will also support the construction of an early phase natural gas plant at Atuabo and an NGL export system for the export of LPG produced at the gas processing plant.

Currently, the Gas Infrastructure Project is underway and officials have declared themselves satisfied with the pace of progress. The scheduled nature of the project, driven by the need to evacuate the natural gas from the Jubilee field quickly to avoid flaring means that the three main components – offshore raw natural gas pipeline; onshore natural gas processing plant; onshore processed (lean) natural gas pipeline – must progress apace.

The Western Corridor Gas Infrastructure Project is expected to deliver huge gains for the Ghanaian economy, providing it with a growth pole that will begin in the Western Region.

Mainly, the gas produced will be integrated into the country’s energy mix, reducing the dependence on crude that drives up the costs in maintaining its thermal plants. The availability of reliable and cheaper electric power in in turn boost economic activity, especially in the industrial sectors of the economy.

Between the gas project and the new investments in renewable energy, Ghana is in a better position than ever to assure all its citizens of reliable and efficient energy. It will however require sure-footed implementation from policy makers, dynamism from producers and some daring from consumers.