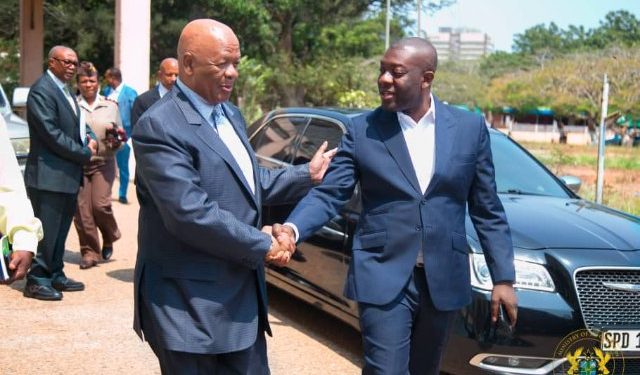 Ghanaians businesses in South Africa that were affected in the recent Xenophobic attacks are to be compensated, according to a South African government’s special envoy to Ghana.

The South African government’s special envoy, however, insists only properly registered and insured tax-paying Ghanaians businesses will benefit from the compensation.

Jeffrey Radebe, who led the envoy to Ghana expressed deep regret for the attacks and called for cooperation among African states to deal with the socio-economic issues that underline such attacks.

At least three Ghanaians were injured in the latest xenophobic attacks in South Africa which saw the destruction to properties and loss of lives.

Speaking at a media briefing after a closed-door session with government, Tuesday, Minister Radebe said the laws of South African will be fully applied in addressing the aftermaths of the attacks.

The special envoy also noted the government has accepted the apology of South Africa to Ghanaians for the unfortunate incident.