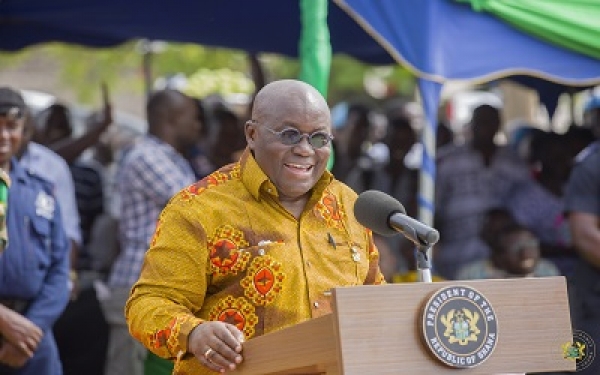 Based on the current trends and development in the aviation sector, Ghana is positioned to become the hub for aviation in the sub-region, the President, Akuffo Addo has said.

Over the one year period up to September 2019, the country’s international passenger traffic grew by 6.7 percent compared to the corresponding period in 2018. Air freight movement has also showed some growth of 5.9 percent over the 12 months up to September 2019.

Speaking at the opening of the 28Th Airport Council International (ACI) Africa Annual General Assembly held under the theme “Smart Airports of the future, are we ready?”, the President said, the completion of the various ongoing projects in the sector across the country indicates the possible realization of the vision of the hub concept.

Currently, there 38 airlines operating in the country, connecting the country to 30 other countries across the world, the President noted.

“Ghana has seen considerable growth in the past years, which as been made possible by the continuous configuration of a stable political, social and economic climate,” He said.

The aviation sector continues to attract increasing interest from countries across the world seeking to have directs flights to and from the country.

Last year, government through the Ministry of Aviation signed various aviation-related deals with Canada, Rwanda, Seychelles, Jamaica, Namibia and Guyana as it seeks to open more air routes and create opportunities for investment, trade, and tourism.

The Agreements with these countries will further position Ghana as the aviation hub of the West Africa sub-region as well as maximizing the huge investment in on-ground aviation infrastructure.