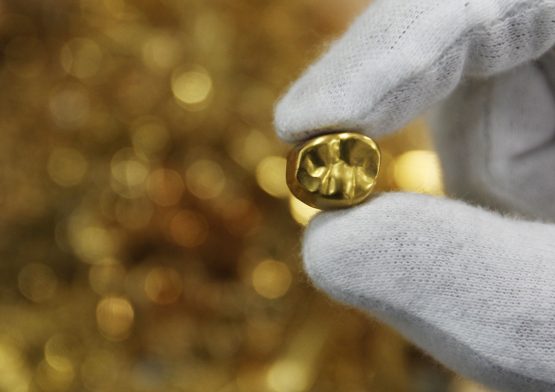 The growing panic about the spread of coronavirus infections outside China, has caused a surge in gold prices to their highest levels since January 2013, as retail investors and hedge funds pile into safe havens.

At the start of this week, the precious metal climbed to a high of US$1,691.70 shortly after the open of the Comex market in New York, up US$ 42.90 an ounce compared to Friday’s close. However, this had dropped slightly to US$ 1,656.67 by Tuesday afternoon, but remains the second highest level – after Monday’s peak – since February 2013. Even before the out break of the virus, gold was benefitting from uncertainty over exchange rates of the world’s major trading currencies.

Ghana being the top producer of gold in Africa, this sets the country up to rake in unexpectedly large revenues from the current price rally of the precious metal.

In the 2020 budget, government projects the overall annual balance of payments surplus over the medium term to reach at least US$ 500 million. This targeted surplus would be achieved through a projected current account deficit of about 3.3 percent of GDP and capital and financial account net inflow of 3.8 percent of GDP.

These projections have considered the trends in international commodity prices, inflows from donors, Cocobod’s external facility, Euro bond net inflows of US$2.0 billion and the revamping of the Obuasi Gold Mine.

The monetisation of the Mineral Royalties remains a priority project for Government. The anticipated monetisation proceeds will complement Government’s sources of financing for the budget.

Importantly, Ghana’s draft new mining law is almost ready for consideration by cabinet and then Parliament. It tightens the operating regime for mining companies considerably, including changes that would make corporate social responsibility spending compulsory rather than voluntary and reducing the tenor of stability agreements from 15 years to five years. Impending new regulations also require mining companies to pay dividends to government on its equity stakes, whether they declare profits or not.

The impending new law would substantially increase the State’s take from mining, although higher gold prices will be crucial in securing the good faith of the mining companies in adhering to the legislative changes.

According to market analysts, the price has increased 11.5 percent since the first case of coronavirus was diagnosed, and continues to climb.

Since December 2019, demand for physical gold bars and coins has increased by 313 percent compared to its monthly average last year and over a third of buyers have bought the precious metal for the first time citing a lack of safe alternatives for their money.

According to the October 2019 edition of the World Bank’s Commodity Market Outlook, gold prices were expected to further improve by 5.8 percent to US$1,470.00 per fine ounce for 2020 although since this forecast was made prior to the outbreak of the coronavirus, it has evidently underestimated the intensity of the ongoing price surge. Gold prices are, however, forecasted to decline averagely by 1.2 percent over the medium-term from 2021 to 2014.