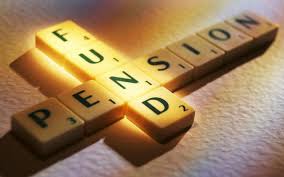 Ghana’s pension funds are safe from the crisis engulfing money managers caught in the aftermath of a banking-industry cleanup.

“The only way some may have been affected is if they made fixed-term investments with some of the banks that were shut down,” Hayford Attah Krufi, chief executive officer of the National Pensions Regulatory Authority, said in an interview. “But, because the government bailed out depositors, those investments are still safe.”

The West African nation’s markets regulator is investigating 21 fund managers for investing as much a 5 billion cedis ($903 million) in hard-to-liquidate assets such as unlisted bonds, direct private-equity deals and related-party transactions. The investments were exposed after the central bank in 2017 started weeding out weaker lenders, triggering panicked withdrawals and drying up new money flows to the fund managers.

“We have very clear and strict investment rules which prevent pension-fund managers from placing funds with other fund-management companies,” Krufi said.

The net assets of private-pension funds rose 18% to 13.1 billion cedis during 2018, according to the regulator. The funds have experienced consistent growth because they haven’t yet started paying out benefits since their inception in 2010, which will begin from next year, Krufi said.

The state pension fund has no investments locked up with any money managers or any of the collapsed banks, the Social Security and National Insurance Trust said in a separate emailed response to questions. Net assets in the fund decreased 3.5% to 9.2 billion cedis last year, according to preliminary data. A 14% increase in benefit payments, a significant reduction in dividends from banks, a poor performance by the stock market and an incomplete contribution by the state accountant weighed on its value, the fund said.