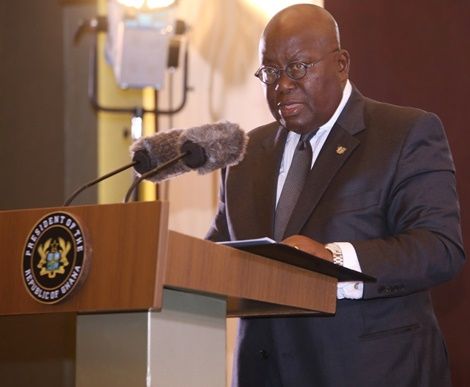 From Monday, 24 February 2020, GHS5 billion will be released by the government to settle all depositors of the defunct microfinance and savings & loans companies, President Nana Akufo-Addo has announced.

This will increase the cost of servicing locked-up funds as a result of the financial services sector crisis, to GHS 18 billion.

Delivering his last State of the Nation Address (SoNA) for his first term of office, President Akufo-Addo said: “All depositors of savings and loans and microfinance institutions including DKM, which collapsed in 2015, will receive 100 per cent of their deposits once the validation exercise is concluded”.

According to the President, his government took the right decision with regard to the reforms undertaken in the financial services sector.

He added: “I want to assure Ghanaians; we are going to hold those responsible for the failures of financial institutions.”

He emphasised: “We expect that those whose job it is to supervise the banks and other financial institutions will do their jobs honest and competently”.

Already, there are trials of persons allegedly linked to the financial services sector collapse in the courts.

He cautioned customers to be careful about financial institutions that are offering unrealistic interest rates on their deposits and investments.

“I do not think it would be possible to repeat this grand pay-out in another lifetime”, said President Akufo-Addo.

He expressed happiness that the Ghanaian banking sector is today, stronger, safer, more robust, and lending to the private sector.

So far, about 4.6 million depositors have received GHS13 billion. This, the President said, could have been invested in infrastructure to reduce the deficit