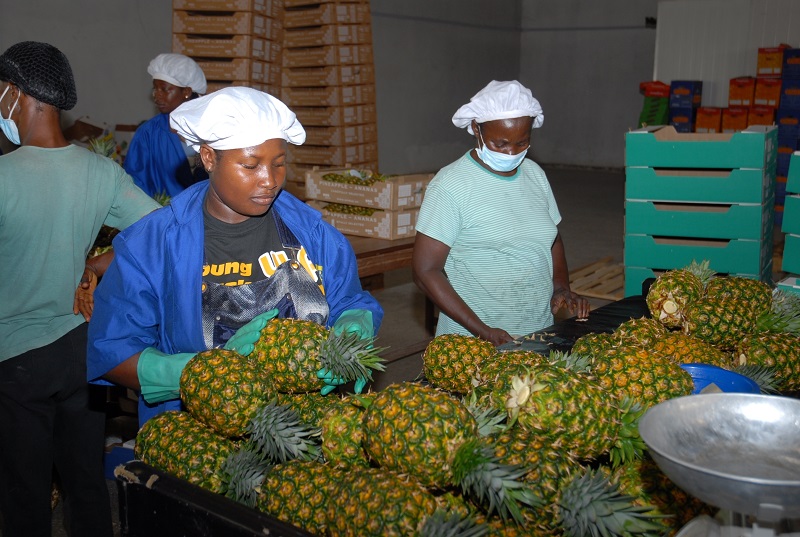 The Ghana Export Promotion Authority (GEPA) has handed over a total of 20.2 million pineapple suckers to 14 pineapple exporting companies and over 100 out growers in the country.

The measure forms part of an initiative to revive the fortunes of the ailing pineapple sub-sector.

The Deputy Chief Executive, Operations and Finance, at GEPA, Mr Samuel Dentu, said much as the reduction in the value of pineapple was of great concern, it also presented an opportunity to do more.

“We believe that in the coming years it is going to be encouraging in terms of the values of exports to be realised from pineapples; both the processed and unprocessed,” he said at a ceremony to present pineapple suckers to some exporters and out growers at Ekumfi in the Central Region last Thursday.

He said as a national trade organisation, GEPA was interested in raising the value of exports for all NTE products including pineapple.

Subsequently, he said the authority was encouraging more processing for exports because that was where the value came in.

The programme to distribute the pineapple suckers began two years ago, envisaged by the leadership of GEPA to grow the sector.

The brief ceremony at Ekumfi saw the presentation of another batch of suckers to some companies from the Eastern and Central regions, totalling 11.3 million.

Mr Dentu advised the companies and the out growers to apply the best management practice to ensure that the crops come out well to achieve the purpose for which they were given.

He said that ordinarily, as a trade commission, it was GEPA’s duty to go out and look for markets for exporters to supply according to specifications pertaining to those markets.

“We have realised that over time we get to the market but we are unable to supply; we are reneging on development mandate to help you to be able to grow more,” he said.

The Chief Executive Officer of GEPA, Ms Afua Asabea Asare, pledged that the GEPA would continue to support the farmers and uregd them to work hard to ensure the growth of the pineapple sector.

The beneficiary companies and the farmers expressed their gratitude to GEPA for the support.

The Director of Operations, Ekumfi Fruits and Juices Factory, Mr Frederick Kobbyna Aquaah, on behalf of all the beneficiaries, said the support would go a long way to help them produce more to raise values.

“We are grateful and we believe what we have here will boost our production,” he said.