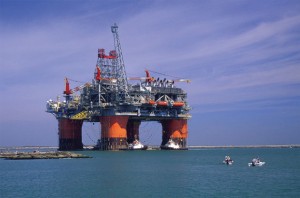 The processing of gas from the Jubilee oil field offshore Ghana is set to begin in September, bringing an end to a number of delays according to state-run Ghana National Petroleum Company(GNPC).

The construction of a gas processing plant has been holding up gas flows and also restricting the field from reaching its fullcrude production levels.

The gas processing plant was originally scheduled to be completed last year but was delayed due to financial and technical problems. “Mechanical completion is expected at the end of this month … then commissioning that may take up to three months. So we believe that somewhere in the third quarter, it [gas processing] should happen,” GNPC chief executive Alex Mould told reporters.

The Jubilee field has estimated reserves of up to 1.4 Tcf of gas. Mould said the plant would produce at a maximum rate of 150 Mmcf/d of gas, most of which would be fed into a plant for power generation.