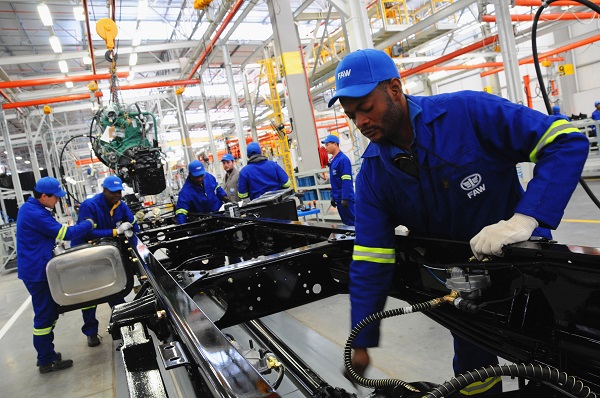 Although in 2018, Ghana cemented its position as the most attractive destination in West Africa, for Foreign Direct Investment (FDI), ahead of neighbouring Nigeria, its share of the country’s Gross Domestic Product (GDP) has been on a decline, according to statistics emanating from the World Bank. This implies that Ghana’s FDI inflow growth is not matching overall economic growth.

Importantly, however, the measure used tracks actually FDI inflows rather than FDI commitments as tracked by the Ghana Investment Promotion Centre. Using the latter, the ratio is increasing.

However, according to the Ghana Investment Promotion Centre’s (GIPC) investment report, for the fiscal year ending December 31, 2018, FDI commitments reached US$ 3.54 billion.

Financing flows have largely been driven by the hydrocarbons sector, as the country have enjoyed high FDI inflows in recent years, although 2018 was a major exception with new FDI registered by the Petroleum Commission being negligible. Indeed in 2018, GIPC had to carry the burden of attracting FDI almost single-handedly as the other institutions – the Petroleum Commission Minerals Commission (for solid mineral mining) and the Ghana Free Zone Board – all performed relatively poorly.

At the beginning of 2018, GIPC projected to register US$ 10 billion worth of FDI based on the conclusion of discussions with targeted investors on strategic investments under the One-District-One-Factory Programme and some identified sectors including Railways, Oil and Gas, Mining and Energy.

The Centre indicates that discussions are still ongoing with the prospective investors and based on the negotiations, it is expected that those strategic investments will be registered in the course of 2019.

Foreign direct investment are the net inflows of investment to acquire a lasting management interest (10 percent or more of voting stock) in an enterprise operating in an economy other than that of the investor. It is the sum of equity capital, reinvestment of earnings, other long-term capital, and short-term capital as shown in the balance of payments.

Actually, though, GIPC’s measure does not include reinjection of profits or new investments from abroad into existing foreign enterprises. If it did, GIPC’s FDI figures would increase significantly.