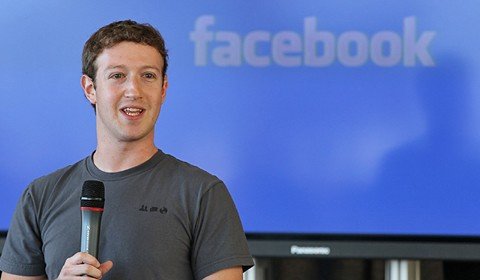 Facebook CEO Mark Zuckerberg shed $3.7 billion from his net worth in the two hours after the market closed on Wednesday, as the company’s stock price sank despite strong third-quarter results.

Zuckerberg’s fortune fell to $50.6 billion as of 6 p.m. Eastern time, according to FORBES estimates.

He’s still the fifth-richest person in the world, according to FORBES, right behind Warren Buffett at number 4 and ahead of Mexican billionaire Carlos Slim Helu at number 6.

When markets closed on Wednesday, Zuckerberg’s net worth was $54.4 billion.

This year’s previous two earnings reports were a boon for Zuckerberg’s pocketbook. After the company announced second-quarter results in July, a stock surge added $3.4 billion to his net worth in the hour after markets closed. In April, when first-quarter results were announced, he gained $4.2 billion within two-and-a-half hours after markets closed.

But today Facebook’s stock price dipped by around 7% in after-hours trading to $118.36, as of 6 p.m. The drop came despite the company reporting $7 billion in quarterly revenues, up 56% from the same period a year earlier. That beat expectations of analysts polled by Yahoo Finance, who on average expected a 44% increase to $6.9 billion in revenues for the quarter. Net income for the quarter hit $2.4 billion, a 166% increase from last year.

But investors were nonetheless disappointed. Facebook has beat revenue and earnings expectations for six quarters straight. But during the earnings call the company said its expenses will increase in 2017, in part because users are sharing more videos, driving up network costs. Investors may also be concerned about the company’s suggestions this quarter that revenue growth may slow next year.

Facebook has also continued to attract new users, despite competition from rivals like Snapchat. Facebook reached 1.79 billion monthly users this quarter, up 16% from a year ago, with the vast majority logging on through mobile devices.

Facebook shares closed at $127.26 on Wednesday, up about 22% since the beginning of the year, but down 1.7% since Tuesday’s closing price.