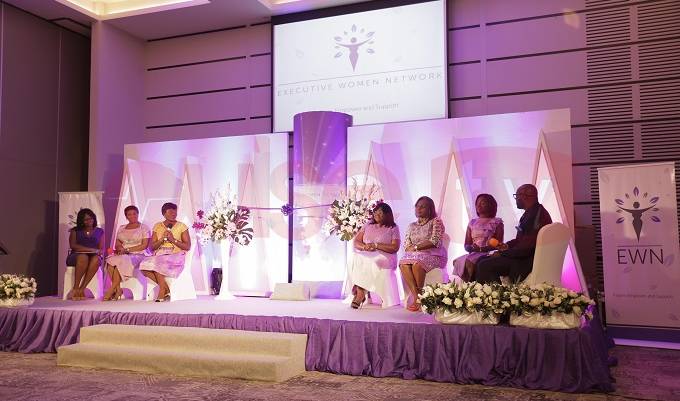 The quest to have competent and resourceful female entrepreneurs taking frontline roles in the corporate world to drive national social and economic growth has been taken a notch higher following the official launch of the Executive Women Network (EWN) in Accra.

The launch kick-starts a series of networking sessions via lunch and breakfast meetings and other platforms that will pool together female entrepreneurs in the country to inspire, empower and support each other to push for gender mainstreaming and women empowerment in the country.

Executive Women Network (EWN) is a non-profit organization of women in senior management and executive positions in private organizations/ institutions and women entrepreneurs of well established businesses in the country.

Chief Executive Officer of Strategic Communication Limited, Ms. Esther Cobbah, was upbeat at the launch event that EWN will make significant strides in grooming women—in both the formal and informal sectors—to become change makers in their respective fields.

She indicated: “This network will grow to impact children and families as well as help to improve the livelihoods of communities and the national economy at large.

“It will play a role in liberating the minds of women in a manner that will release new and positive energy into the national economy.

Ms. Cobbah requested that the network should be driven by a strong desire to inspire women in the country to increase their influence and participation in leadership in both the local and international contexts.

She implored the founders of the network to develop practical ways that will make it easier for the Ghanaian woman to combine a successful career life with a loving and well-organised home environment.

She added: “In the global reality, it is really important to be able to access resources that are available throughout the world to enable empowerment of the Ghanaian women as well as the development of the country generally.

“As a country, we need to pay particular attention to how women entrepreneurs in the market places and in local industry can be assisted with financing and other tools to grow their businesses, and the role of the EWN will be much needed.”

Managing Director of Graphic Communications Group, Ken Ashigbey, in his solidarity message bemoaned the current situation whereby women have been pushed to the back bender in every facet of the economy.

According to him, it is unfortunate the men continue to have controlling powers in all aspects of leadership and governance in a country that has a majority female population.

He said: “Men have monopolised control in all aspects of the economy; be it education, employment and leadership.

“There is the need to work to change this paradigm because for the country to develop, we will need to have increased female dominance, hence the need to inspire, empower and support women.”