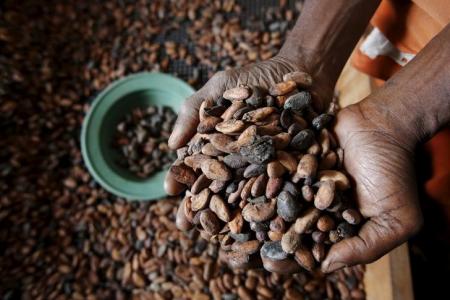 “Ivory Coast and Ghana can count on the EU in their price floor initiative,” Regis Meritan of the trading bloc’s directorate-general for International Cooperation and Development told Reuters on the sidelines of a meeting organised by the International Cocoa Organization (ICCO).

The West African neighbours, who together produce two-thirds of the world’s cocoa, imposed a fixed “living income differential” of $400 a tonne in July on all cocoa sales for the 2020/21 season.

The move, a bid to ease pervasive farmer poverty, child labour and deforestation, was a major overhaul in how cocoa is priced globally.

“This initiative affects the price and we are convinced that without a significant increase in price we will not be able to change the paradigm,” Meritan, team leader on rural development, food security and nutrition, said.

Meritan said it would not be a problem for chocolate makers to pay more for cocoa as long as their competitors also faced higher costs. Major chocolate makers include Barry Callebaut AG , Mondelez International Inc and Nestle SA .

“If they all pay together more…the one who will ultimately pay more is the consumer,” he said.

“Two years ago in 2017 in Brussels it was impossible with the industry to talk about the price and on the side of the producing countries it was not easy to make them say that if the price was low, it was because there was too much cocoa on the market,” he said.

“Today we are in a much healthier discussion.”