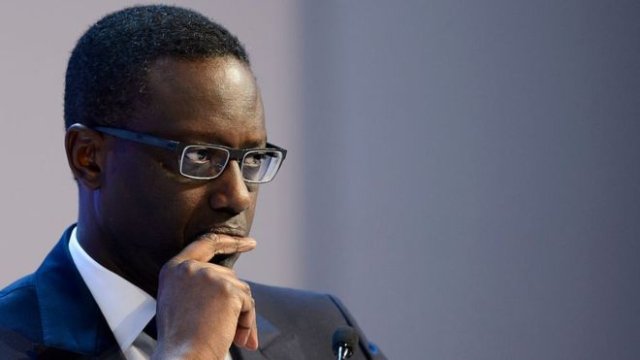 Mr Thiam is stepping down after five years at the Swiss bank after it emerged two former employees had been placed under surveillance.

Mr Thiam said he did not know the spying was taking place.

But he said: “It undoubtedly disturbed Credit Suisse and caused anxiety and hurt. I regret that this happened and it should never have taken place.”

The bank’s board unanimously accepted Mr Thiam’s resignation on Friday.

It also declared its support for chairman Urs Rohner, who Credit Suisse’s lead independent director Severin Schwan said “has led the board of directors commendably during this turbulent time”.

Mr Schwan said: “After careful deliberations, the board has been unanimous in its actions, as well as in reaffirming its full support for the chairman to complete his term until April 2021.”

The spying scandal, which involved Iqbal Khan, Credit Suisse’s former head of Wealth Management being chased through the streets of Zurich, rocked the rather staid world of Swiss banking, overshadowing Tidjane Thiam’s attempts to overhaul the bank.

Mr Thiam and Mr Khan had previously been close allies, the Wealth Management business a cornerstone in the chief executive’s turnaround plan. He pivoted the bank away from risker trading activities, stabilising revenue.

The scandal, which emerged after Mr Khan defected to rival UBS, claimed the jobs of two senior Credit Suisse Executives and resulted in a probe from the regulators – but Mr Thiam was cleared of involvement at the time.

But as the accusations escalated, a showdown between Mr Thiam and the board ensued. Urs Rohner triumphed: the man responsible for appointing Mr Thiam also determined his departure.

Tidjane Thiam has for many years been a high profile figure in the financial world, even resorting to Instagram to put his message out, and denies any wrongdoing.

The banks largest shareholders had publicly called for him to be retained; now the challenge for Credit Suisse is to persuade shareholders that his successor, bank veteran Thomas Gottstein, can continue to restore the bank’s fortunes.