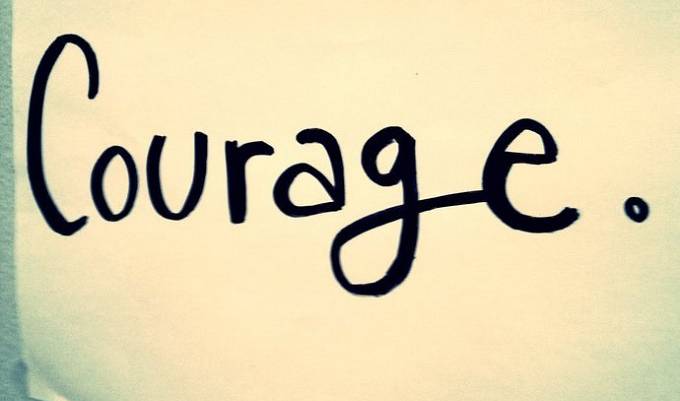 Homepage » Lifestyle » Courage – the willingness to be afraid and act anyway

One trait that I constantly see in many of the terrific women and indeed male business leaders that I come into contact with day in and day out is courage.

Life requires courage, and being a business owner requires great courage.  Courage denotes going against the grain.  It denotes grappling with fear and uncertainty; and most of all it denotes conquering the fear and choosing to execute that which you feared you would not and could not.

But courage in of itself should not be hurriedly celebrated, for not all seemingly courageous acts are gallant.  Brexit might be an example of this.

Though brave to go against the grain in asking voters to reconsider the cost and the price of being a member in the European Union, leaders of the Leave Campaign surely demonstrated courage.  What we are now being told is that their very advocacy and courage was filled with many untruths – untruths which perhaps misled many voters.

The courage that I speak of then is that which JF Kennedy advocated for when he said effort and courage are not enough without purpose and direction.

Still reeling from my South Africa Business Odyssey, every time I think of Vusi Khanyile, Wendy Luhabe , Jenna Clifford and Lynette Ntuli, I think of courage.

I had the privilege of being invited to the recently concluded Dell Women Entrepreneurs Summit in Cape Town.  A global summit for highly successful women entrepreneurs and CEOs from all over the world, I was astounded at the ‘ease’ of the summit.

From Americans to Japanese to Brazilians to Europeans and to South Africans, these highly successfully women in business exuded no airs and graces, no arrogance nor pride, no egotism nor superiority.

We were all there to learn, full stop.  I sensed a great thirst for knowledge, a greater thirst and desire for unity and oneness.

It was not about who they were, nor the label on their handbags and shoes – it was about purposefully escalating to the next level for their businesses and for themselves, and doing so with like-minded people.

I had never felt so welcomed, so at ease, so in my space and so inspired to dream and to do better.

But when you dig deeper and you read the bios of these women in the amazing App that Dell had designed for the summit, one is quite literally gobsmacked.

There is no other way that I can describe it.

My company included millennials, courageous millennials, who are running multi-million dollar businesses flanked by a sole, dogged desire to deliver a valuable product and or service to society – and yet eager to do better, to do more purposefully.

Women CEOs in their late 40s and 50s who had gathered courage to leave well paying jobs with global corporations to start a business, businesses that are improving the lives of all those who come into contact with their goods and services, whether that is a technology business, a social enterprise, or even a public relations business that seeks to gravitate women entrepreneurs from ‘unknown to expert’.

Ashish Thakkar, one of Africa’s most celebrated business leaders, was a panellist and speaker on day one and one of his tweetable quotes was: if you do good, you will do well.  Ashish Thakkar’s story in of itself is one filled with courage.

The only snag is that by this time they had lost everything – again.

Exasperated by their plight, Ashish, at 15, dropped out of school and started a business.

Self -labelling himself as a refuge and school dropout, Ashish Thakkar, having now built a $1bn global corporation, wants to help struggling entrepreneurs– as he once was – to connect with funders. He says for him success is defined by the number of lives you are touching.

From millennials, to the business elders, to the amazing women of DWEN and to Ashish Thakkar, my SA business odyssey was a lesson in courageously tying purpose to profits, and doing so without ego.