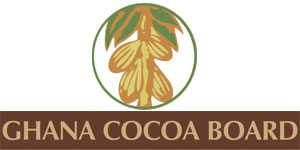 The Chief Executive Officer (CEO) of Ghana Cocoa Board (COCOBOD), Joseph Boahen Aidoo, has announced the employment of 5,000 field crew workers by his outfit to educate farmers on the right application of fertilisers as part of government’s commitment to achieving 1 million tonnes of cocoa production yearly.

Mr. Aidoo, who made this announcement at the launch of the new Licensed Buying Company (LBC), Cargill Kokoo Sourcing Limited, added that COCOBOD will continue to work with all stakeholders in the cocoa sector to support the livelihoods of farmers to bring about efficiency in production and at the same and promote transparency in the sector

“We are pleased to have worked with Cargill on such an innovative project, and this shows our continued partnership with Cargill goes from strength to strength. We see this model as the future of cocoa sourcing in our country.

As a joint public and private venture, the goal of the project will be to both increase the productivity and sustainability of the cocoa industry.

Acting as a replacement for often ineffective middlemen, the LBC will source directly from farmers to streamline the supply chain, setting up almost 200 buying stations that have partnered with mobile money providers as a way of delivering easy payment options.

Farmers, delivering beans to Cargill, will receive immediate digital payment which improves their ability to trade more effectively, remove risks associated with cash payments, and links them to modern tools to manage their business.

This new LBC has been fully operational since November 2016, and allows Cargill to directly source cocoa from certified farmers in Ghana for the first time – putting the farmer at the heart of its business.

So far, over 25,000 farmers are registered, of which 9,000 are actively pursuing selling beans through Cargill’s LBC network.

Cargill already sources directly from farmers and farmer organisations in other origin countries.

Moving to this model in Ghana means that the company will be better positioned to efficiently implement the Cargill Cocoa Promise at scale and better serve its customers.

Speaking about the importance of working with partners to introduce this new payment system into rural areas in Ghana, Lionel Soulard, Managing Director West-Africa Cargill Cocoa & Chocolate said, “Never before has it been more critical for cocoa farmers in Ghana to be the master of their own destiny and improve their own livelihoods.
With the introduction of an innovative digital payment system, or mobile money for short, this first-of-its kind initiative at scale in Ghana is creating a great opportunity for smallholder finance at the farm level”.

“We strongly believe that this way of doing business is the future for cocoa farmers in Ghana. Mobile money is the first step towards improving incomes for farmers, as we build the infrastructure and capabilities for a more efficient and effective supply chain. Our aim is to create an enabling environment for smallholder finance for the future, resulting in better entrepreneurial spirit already noticeable at the farmer level,” continued Soulard.

Mr Carlos Ahenkorah, Deputy Minister for Trade and Industry, noted that government is looking forward for greater collaboration with the private sector to focus on ways to ensure that cocoa farming is sustainable and profitable profession for the farmers of today and tomorrow.

According to him, the ministry believes the establishment of Cargill Kokoo Sourcing will bring trade opportunities to small and medium enterprises looking to venture into the provision of equipment like weighing scales, and other mobile machines needed for such operations

Ghana is on track to exceed its revised 800,000-tonne target for cocoa production this season due to good rains this year

Cocoa purchases in Ghana, the world’s second-largest cocoa grower, totalled 691,149 tonnes as of March 23, from the start of the 2016/17 season on Oct. 1, according to Cocobod data.
That represented a 4 percent rise on last season.