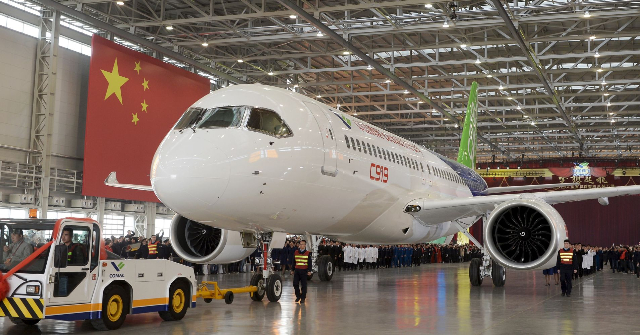 Chinese planemaker Comac is nearing an order from an airline in Ghana, a rare advance overseas for the state-owned company as it attempts to become a real challenger to Boeing Co. and Airbus SE.

Commercial Aircraft Corp. of China Ltd., or Comac, is part of China’s bid to build an aerospace industry from scratch — and gain more international clout. But so far, its orders have mostly been limited to domestic buyers such as China’s state-owned carriers and HNA.

“Our Chinese shareholders are very keen to introduce the aircraft to boost China-Africa trade relations,” said Quan. Comac executives will be in Ghana’s capital Accra, where AWA is based, in late March to possibly sign a memorandum of understanding with the airline, he said.

A Comac representative said the company isn’t aware of any imminent ARJ21 order from AWA but referred to an earlier agreement with HNA that the Chinese conglomerate plans to operate 100 of the planes in the future. HNA couldn’t immediately comment.

“It serves the purpose of enlarging Chinese political influence,” he said. “The Chinese are trying to create a market for themselves. They are looking to Africa to have a foothold and once they gain acceptance on a larger scale, then they will start to go beyond those markets.”

With about 80 to 90 seats, Comac’s ARJ21 competes with ERJ planes made by Embraer SA, the Brazilian company forming a partnership with Boeing, and the A220, designed by Bombardier Inc. but marketed by Airbus. The Republic of Congo ordered three ARJ21s in 2014, and AWA is just one of the African airlines now being targeted.

Comac is also building the C919, a narrow-body passenger plane that will compete with Boeing’s 737 Max and the Airbus A320neo. Any African breakthrough would come as Boeing grapples with the worldwide grounding of the Max, the company’s fastest-selling plane, after two disasters involving the model in five months.

China is pushing for jetliner orders from a number of other African countries.

“Of course they have approached us,” Air Tanzania Co. CEO Ladislaus Matindi said in an interview last month. “The Chinese come with sweeteners,” he added, without giving details. He said the airline currently has no plans to buy Chinese planes.

Ethiopia’s ambassador to China, Teshome Toga Chanaka, on March 17 posted a photo of himself in a Comac plane at an airshow in Shanghai. “It will not be so long that we will see them in the blue sky,” the ambassador wrote on Twitter.