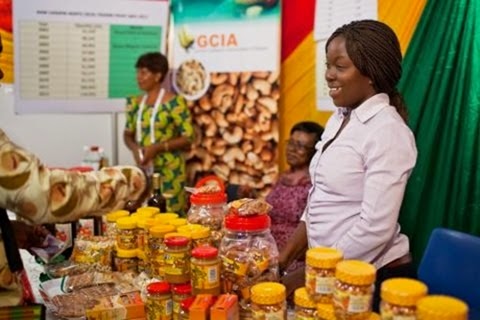 Last month, President Nana Akufo-Addo launched a 10-year Cashew Development plan to revamp the cashew industry, a move seen by many as the right path to diversifying the agriculture sector.

This plan is in order as reports indicate that cashew is Ghana’s leading agricultural non-traditional export bringing $197 million in revenue to the country in 2016.

The plan seeks to strengthen, expand and transform the sector to race past leading cashew producing countries such as Nigeria and Ivory Coast.

In 2016, Ivory Coast overtook India to become the world’s biggest exporter of cashew nut which obviously would impact on the country’s economy and its people. The same year, African Cashew Alliance (ACA), announced that Africa was the largest producer of cashew nuts in the World with annual production of 1.2 million metric tons.

Although it looks good on the surface, the majority of the output is processed outside Africa, meaning we are not in full control of the produce thereby limiting its benefits to the country.

For several years, Ghana has been trailing Ivory Coast as the second leading cocoa producer in the World, with Ivory Coast maintaining the first position. This feat has widely been accepted and as far as I have observed, there hasn’t been any pressing urge to reverse the trend. The moment where Ghana would be in the news for overtaking Ivory Coast as the biggest exporter of cocoa seems far-fetched. This cashew development plan shouldn’t mimic the cocoa approach. We should be able to lead production in cashew if the development plan is anything to go by.

To ensure that this plan doesn’t carry the business as usual tag, Ghana should launch a research in leading producing countries such as Nigeria and Ivory Coast to learn their ways and strategies to boost the sector. Even if it means bringing in experts to help propel this agenda to fruition.

Although Africa is largest producer of cashew, only 15 per cent of its output is processed locally as the bulk is exported for processing, ripping us of  its full benefit. This obviously points to the fact that Ghana should lay more focus on local processing than exporting. When majority of what we produce here is processed here it will spur on employment, investment and revenues to the country. The government should also consider investing in production of a variety of cashew snacks and meals for both local and international markets.

Hopefully, this cashew development plan won’t be  covered in dust on some shelf but will be implemented to harness the potential of the cashew industry.