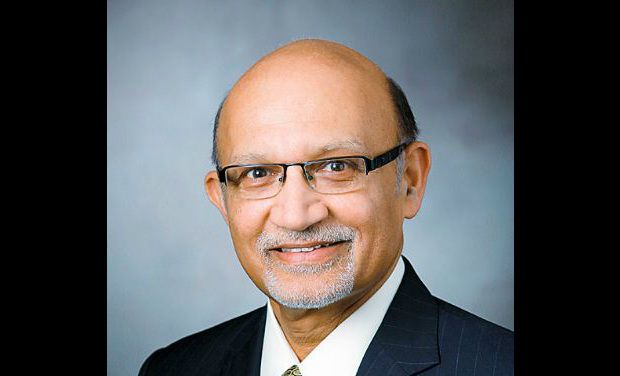 The United States of America (USA) is disappointed in Africa’s inability to fully exploit the business opportunities that exist under the Africa Growth and Opportunity Act (AGOA).

The situation has compelled the US government to call on African countries to do more in getting businesses to reap the potentials that exist under the act.

“In general, we feel that the potential under AGOA has not just been met. It’s a common problem in Africa and we would like to see a lot more businesses taking advantage of those opportunities,” the Assistant Secretary of Commerce for Global Markets and Director of the US and Foreign Commercial Service, Mr Arun M. Kumar, said in Accra.

Mr Kumar, once a Silicon Valley entrepreneur, was in the country to interact with US businesses and government officials on issues of trade and commerce before leaving for the 2015 AGOA Forum in Libreville, Gabon.

In Libreville, Mr Kumar said his outfit would be using the platform at the forum, which would be graced by ministers and heads of state agencies from the continent, to emphasise the importance of AGOA to Africa’s economic prosperity.

“The rationale behind AGOA looks back to what happened in Asia some 30 years ago. It’s a model that, for really strong reasons, we think should be working in Africa if things could just be lined up properly and supported by the right amount of education and awareness,” Mr Paul Taylor, a Senior Commercial Officer at the US Embassy in the country, added.

The Act, which was renewed in June this year for another 15 years, allows for duty-free, quota-free exports of over 2,000 products from a range of sectors, including the textile and garments industry, from qualifying African countries into the US market within the period that the agreement lasts.

“This is an enormous opportunity for any business person but it may well be that people are not aware of those opportunities. So, I think we need to educate business people and create awareness among the entire system of government agencies on the opportunities that AGOA brings,” Mr Rifai said.

The trend so far

Unlike US businesses, which have capitalised on the Act to increase their business partnerships with African businesses, export-oriented companies in Ghana and their counterparts in the continent have long glossed over the fine opportunities, citing lack of capacity, inability to meet export standards and country-specific economic challenges as bases.

The result has been a weakening manufacturing sector that now suffers at the expense of the continent’s rising appetite for imports, most of which originate from China.

Although exports from the continent more than doubled to US$457 billion between 2001 and 2011, manufactured goods accounted for only US$58 billion, reinforcing concerns that Africa’s exports are still dominated by exports.

That was in spite of the fact that one of AGOA’s primary objectives was to help diversify economies within the continent from traditionally exporting primary products to one that does value addition.

Under the first phase of the deal, which ran between 2000 and 2015, exports from the continent to the USA market rose to US$26.8 billion in 2013, with majority of them being oil exports from African countries meant to feed an oil-hungry American economy.

Although most African countries have generally failed to utilise the advantages under AGOA, exceptional cases exist.

One of them is South Africa, which is widely seen as one of a few countries that has used the act to its advantage.

Its automobile exports to the US rose sharply from US$289 million in 2001 to US$1.4 billion in 2014, confirming the widely held view that countries could use AGOA to strengthen their export revenues.

In Ghana, the operations of Dignity DTRT, a garment producer that exports to the US under AGOA, is seen as a success story.

The company, which started operations in February last year, has so far exported over 30,000 pieces of Ghanaian-made shirts to the US and currently employs over 2,500 people in its factory in Accra.

“We want to see a lot more entrepreneurs stepping forward to make good use of DTRT. For DTRT, 100 per cent of their production goes to the US under AGOA and we would like to see many more of DTRT in Ghana and Africa,” Mr Rifai said.