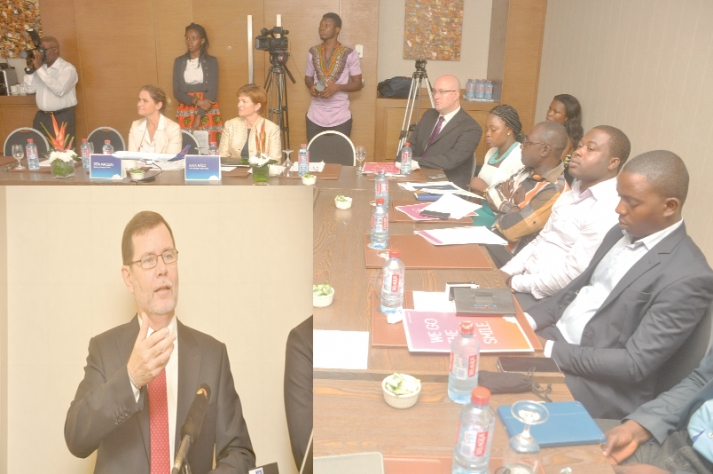 Brussels airlines, a member of the Lufthansa Group, says there are prospects and opportunities in Ghana to grow its business and stay for the long haul.

The Belgian flag carrier, which started operations into Accra again on Monday after it suspended same in 2013 for group strategic reasons, believes that the growing middle class in the country, deepening international trade and Ghana’s quest to increase its exports are some of the factors that would drive its growth on the Brussels-Accra-Brussels route.

The airline’s Vice-President in charge of Sales Africa and Cargo, Mr. Philippe Saeys-Desmedt, told newsmen in Accra yesterday that “Ghana is one of the fastest growing countries, both economically and in terms of tourism. The launch of this route is good news for the growing number of passengers that travel to or from Ghana, and for cargo clients.”

Brussels Airlines first started operating in Ghana in 2012 but halted operations after a year and a half. According to Mr. Saeys-Desmedt, the reason was to allow it deploy to other areas where its parent company, Lufthansa, was not strong in, in pursuance of a group strategy.

Presently, Lufthansa does not operate in Ghana, but its clients would be taken over by Brussels Airlines, which flies to more than 80 destinations, with 19 in Africa.

It will operate a four-times a week schedule from Accra on Mondays, Wednesdays, Fridays and Saturday with a wide-body aircraft, A330, which carries over 280 passengers per flight.

The airline also has unique services for fresh and perishable products such as vegetables, food and fish to support exports from Africa, as part of its robust cargo services.

Mr. Saeys-Desmedt also said passengers from Ghana would be able to make smooth and quick connections to many European countries and cities, adding that the reopening of the route would also contribute to growing trade relations between Belgium and Ghana.