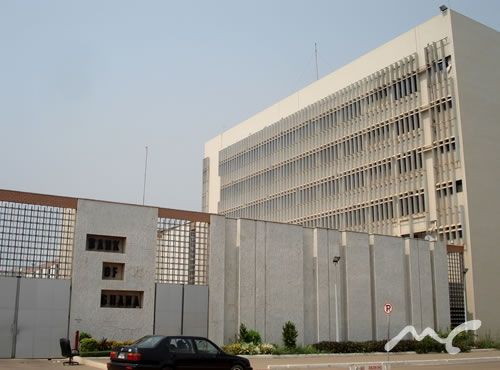 A market survey by the Bank of Ghana (BoG) has shown that some banks are breaching its Consumer Recourse Mechanism Guidelines for Financial Service Providers.

As a result, it has vowed to enforce all legal tools available to ensure compliance by the financial institutions.

Among the key findings were the inadequate time given loan defaulters to repay their loans and under reporting of customer complaint data to the central bank.

According to the Bank of Ghana, its onsite examinations lasted for four months; between November 2019 and February 2020.

Eight banks representing about 35% of all banks were included in the survey.

The team from the market conduct office looked at six broad areas such as Board and Management oversight of the complaints handling function, unfair banking practices and privacy and data protection issues.

Among other things, the team observed that while consumer reporting officers failed to report to the board, the banks in turn also failed to share same with the regulator.

In addition, frontline staff and loan officers were not given adequate training on the consumer directives issued by the central bank.

For unfair banking practices, the team says its survey showed that customers’ savings accounts were charged for over the counter withdrawals below stipulated minimum amounts.

Also, the team found out that the maximum penalty of 0.25% for early repayment of loans was breached, while customers were automatically signed onto E-banking products and services and consequently charged without their explicit consent.

Again, the survey found out that some borrowers were not provided with pre-agreement disclosure statements prior to the signing of loan agreements.

Meanwhile, the banks were found to be complicit of not properly disposing of abandoned forms or slips used by customers for balance enquiries and other transactions thereby exposing customer personal details to third parties.

Regarding marketing and advertising and ambience for banking, the banks surveyed were found to have defaulted in delivering on their 24 hour loan disbursement promises and having banking halls and ATMs not being friendly to physically challenged persons.

Aside the onsite survey, it has emerged that the Market Conduct Office has since 2019, been receiving an average of 30 complaints per week with issues resolved within 20 days