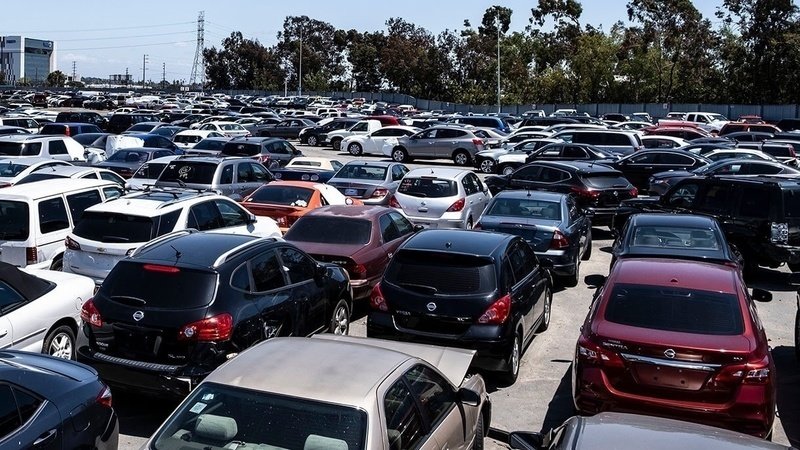 Government says the Customs (Amendment) Bill, 2020, which bans the importation of second hand cars of more than ten years old, as well as salvage cars, locally referred to as ‘accident cars’, will take effect from October, this year.

The Bill, which was oppossed by the Minority and vehicle dealers across the country was later passed into law by Parliament.

Also, President Akufo-Addo approved and assented it on April, 30 2020.

A statement issued by the government said, “the prohibition against the importation of salvage motor vehicles into the country under paragraph(b) of subsection(1) of section 58 shall come into force, six months after the date of the coming into force of this Act.”

It also states that, “the Minister, in consultation with the Minister of Trade may, by legislative instrument, specify the date on which a motor vehicle over ten years shall not be imported into the country. The date specified under subsection (3) shall not be earlier than six months after the first vehicle has been assembled under the Ghana Automotive Manufacturing Development Programme.”

Among other issues, the statement notes that, “The date specified under subsection(1) shall not be earlier than six months after the new motor vehicles manufactured under the Ghana Automotive Manufacturing Development Programme are made available

Also, arrangements have been made for the motor vehicles to be sold in accordance with the investment plans of the automotive manufacturers and assemblers registered under the Ghana Automotive Manufacturing Development Programme.

The passage of the bill came after the acceptance and approval of the report of the Joint Committees on Finance, Trade and Industry and Tourism for amendments to be made in the Customs Act, 2015 on March 3, 2020.

The government as part of its transformational agenda identified Vehicle Assembly and Automotive Components Manufacturing as a strategic anchor industry that will promote economic development in the country and provide incentives for auto manufacturers.

It thus launched the Ghana Automotive Development Policy, GAMDP, in August 2019 to promote the manufacture of automobiles for both the domestic market and the West African sub-region.