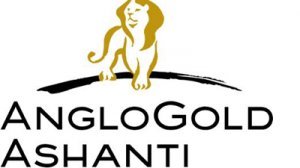 AngloGold Ashanti will release its financial results for the year-ended 31 December 2019 on the Johannesburg Stock Exchange News Service on 21 February 2020.

In a circular, the company said it is certain that the headline earnings for the period are expected to be between US$357 million and US$401 million, with headline earnings per share of between 86 cents and 96 cents.

Headline earnings and earnings per share for the comparative period are expected to be US$220 million and 53 cents, respectively.

This will come as good news for investors.

The total basic loss (from continuing and discontinued operations) for the period, is expected to be between US$26 million and US$0 million, resulting in a total basic loss per share of between 6 cents and 0 cents.

Basic earnings and basic earnings per share for the comparative period were US$133 million and 32 cents, respectively.

The total basic loss (from continuing and discontinued operations) for the period was negatively impacted by a non-cash impairment charge of $385 million (post-tax) or 92 cents per share related to the sale of the South African operations.

The forecast financial information, on which this trading statement is based, has not been reviewed or reported by AngloGold Ashanti’s external auditors.

On Wednesday, 13 February 2020, the company announced an agreement to sell its remaining South African producing assets and related liabilities to Harmony Gold Mining Company Limited for consideration in cash and deferred payments with expected proceeds of $300 million.

This is, however, subject to subsequent performance, and with additional proceeds if the West Wits assets are developed below current infrastructure.

It is presently trading at GHS37 per share on the Ghana Stock Exchange.