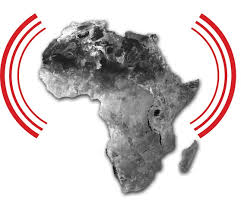 Investing in Africa should be the priority of every entrepreneur in the 21st century. Not only to help Africa, but also because the future is in Africa. Success depends, as always, on thousands of factors.

Most importantly, these factors include where you invest in Africa and above all, with whom you try to invest with. It is easy to end up as a victim of fraud or get stuck in cultural misunderstandings, a frequent situation of many entrepreneurial projects in Africa.

Online entertainment in Africa is a growing industry, with users frequently accessing some of the top UK betting sites list, as well as streaming on NetFlix and Spotify. However, below we have listed the top 4 sectors in Africa that we believe are full of solid tangible opportunities.

In many places, there are sometimes up to three harvests per year! According to the World Bank, the African food industry will be worth 1 trillion (a billion billion) dollars by 2030. Although significant progress has been made (production has increased by + 160% over the last 30 years), not enough machinery and investment still limits productivity. There are more tractors in Thailand, than in all Sub-Saharan Africa!

Africa has over 60% of the world’s non-cultivated arable land and yet Africa imports $35 billion of food every year, with Ghana importing $2.4 billion of food annually. A scandal from complex causes (both historical and political) for which, on the other hand, reveals the opportunity to replace imports with local production. The potential for investing in Africa, in agri-food, is numerous:

●     Packaging and marketing (without plastic)

The African continent enjoys one of the best solar exposures in the world (over 300 days a year). Nevertheless, the entire African population (1.3 billion, up 2% each year) consumes less energy than 170 million European citizens. Only one-third of Africans have stable access to electricity. This means that by investing in Africa’s solar energy sector, there is a concrete demand with associated with a positive environmental impact.

A sector as traditional as it is fundamental, which is having a real boom in every African country. In the last century, some foreigners have made real empires in Africa’s construction industry. Essential aspects of this industry include quality and reliability. This will make the difference when compared to local and Asian builders.

Beyond infrastructure alone, there are opportunities everywhere to invest in Africa, especially in private residential – high-end but also in social/government housing focused on accessible solutions, sometimes financed by donors. Without a stable presence in the territory, it is unrealistic to think of operating in the construction sector.

There are also opportunities throughout the value chain, such as importing machinery and construction materials. It is no coincidence that Nigerian, Mr Aliko Dangote, is one of the richest people in Africa. He was one of the first to produce local cement, bypassing ridiculous import tax rules and meeting a huge demand.

Africa is the only place in the world where a genuine growth of this sector is possible. In other contexts, it is often pursued through practices that are well beyond the law. The continent has about 25% of the world’s sick people, but only 3% of the world’s doctors. To put it into perspective, Tanzania or Ethiopia has only one doctor per 20,000 inhabitants, while in Europe, there are four doctors for every 1000 people.

Opportunities to invest in health care in Africa start with the importation of medicines and biomedical equipment. With increased purchasing power and people’s awareness, checks should be increased to combat the import of counterfeit drugs (currently an issue that causes 100,000 deaths each year according to WHO).